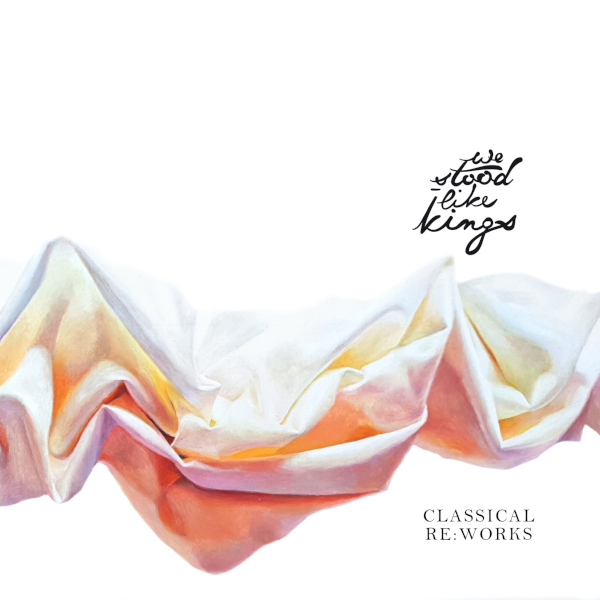 After a number of albums written as soundtracks to silent films, We Stood Like Kings turns attention to Classical music. Classical Re:Works tackles Beethoven, Ravel, Vivaldi, Bach, Debussy, Janáček, and Szymanowski, presenting what might be called post-rock interpretations of the original compositions. Obviously, that list of composers covers quite a range of history, from the early 1700s (Bach and Vivaldi) to the 1800s (Beethoven) to the early 1900s (Ravel, Debussy, Szymanowski, Janáček), and styles ranging from Baroque to Impressionist, but the musicians treat all similarly, taking the original harmonic and melodic material and distributing it among the piano, guitar, and bass, then adding drums. To my ear, the more modern of the pieces are the most successful, giving the musicians more opportunities to come up with interesting parts. Debussy’s “Réverie,” for example, features some really nice guitar work that wasn’t part of the original but fits in nicely in a contemporary context. The portion of “Daphnis et Chloé” they do is also quite good, with a lovely sense of dynamics. Szymanowski (“9 Preludes: Andante ma non troppo”) and Janáček (“Glagolitic Mass: Introduction”) fare similarly well. The older compositions are to my ear less interesting. The “Andante” from Bach’s Organ Sonata No. 4 in E minor is just a bit too straight — it’s pretty and might work on a film soundtrack but doesn’t satisfy on its own. Beethoven’s “Piano Sonata No. 14 in C# minor” (AKA “Moonlight Sonata”) is well played but suffers from over-familiarity, and resembles past rocked-up arrangements of Classical music. And lastly, the Vivaldi, the “Allegro” from the Concerto for Strings in D minor, works mostly due to its brevity — it’s 1:21 of furious energy. On the whole, I think I prefer previous efforts by We Stood Like Kings, but Classical Re:Works is a worthy entry into the field of rock-meets-Classical.