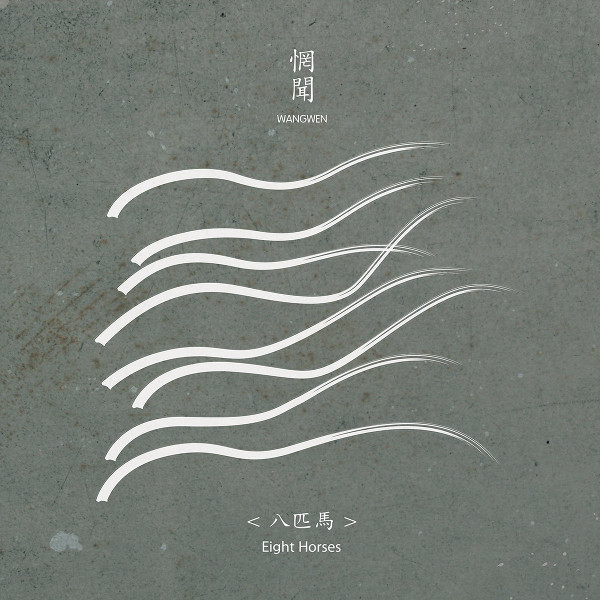 By now it seems kind of pointless to argue that there is no such genre as “post-rock.” There are way too many bands around the world with too many similarities to not be a thing. Maybe that thing should be called something other than “post-rock,” but at this point it’s too well established and understood to change, so we’re stuck with it. But to specifics… Wang Wen hail from the northern China city of Dalian, and have been going for more than ten years now, with Eight Horses following a string of albums defining and refining their style. This is mostly-instrumental music mostly using rock band instrumentation (guitars, bass, drums, keyboards), and their general modus operandi is to start tracks quietly and slowly build to loud, dramatic climaxes. Tempos are never too fast, and transitions are almost never abrupt. So far, so post-rock. Where Wang Wen have always set themselves apart is with some unusual guitar techniques and the quality of their melodies, as well as occasional (and increasing) use of other instruments. Trumpet figures prominently on Eight Horses, and cello appears on several tracks as well, both providing welcome variety in texture and timbre. There are also a couple of departures from the normal structure of Wang Wen pieces. The opening track, “Northern North” (I’d translate the Chinese title as “North of the North,” but I’m not in charge), ends with a brief section where trumpet and keyboards jump into a jerky triplet rhythm, then are joined by a chorus of voices on the same rhythm, almost like the intro to an offbeat RIO tune. But no, it’s just the last 20 seconds of a 10:25 post-rock track. “Ten Thousand Buddhas” similarly ends with a break from the established flow. But those are just a couple of the small moments that make this album work so well. Another departure is the occasional use of very harsh vocals, almost like a refugee from a death metal band had crashed the session. This oddity is less welcome, though considering the whole, it’s not a fatal flaw. The final track, “Welcome to Utopia,” is a real gem, and worth the price of admission on its own.