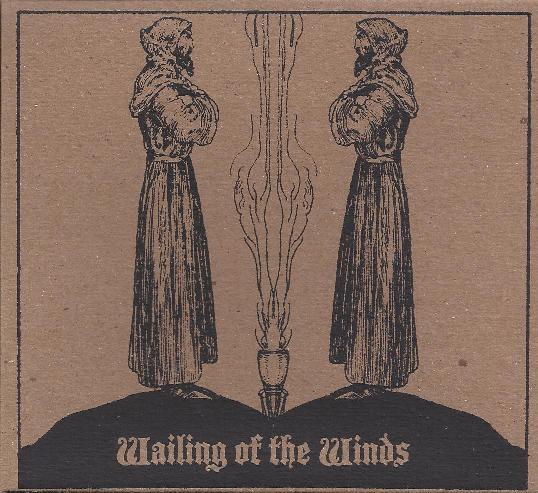 Drones in a swirling fogscape, ambient female voices, acoustic guitars, cello, percussion, harmonium, and other mysterious sounds blend together in this dark, dreamy, medieval folk album by Italy’s Wailing of the Winds. This is their second release, though one might be forgiven for not knowing about their first record — I can’t find any evidence of its existence. This is extremely inward-looking and at times profusely psychedelic, something that is so intentionally obscure that one might get lost within its wandering pathos. Certainly, the vocals are so heavily clouded in mysterious haze, one cannot even tell what language they are singing in, let alone decipher the lyrics. I am constantly reminded of the many releases on the Oregon based Ventricle label from the 90s (Mauve Sideshow, Angel Provocateur, Minus Infinity, Mistress of Strands, and many others) which all had a similar approach: dreamy female vocals, a mysterious psychedelic vibe, and a dark mystique; the only thing missing on Wailing of the Winds is the gobs of Mellotron that one might typically encounter on any of their releases. This carries more of a wyrd folky gothic vibe. If this sounds like something you would enjoy, then by all means check it out quickly, it’s supposedly a limited edition of only 200 copies.

Related artist(s): Wailing of the Winds