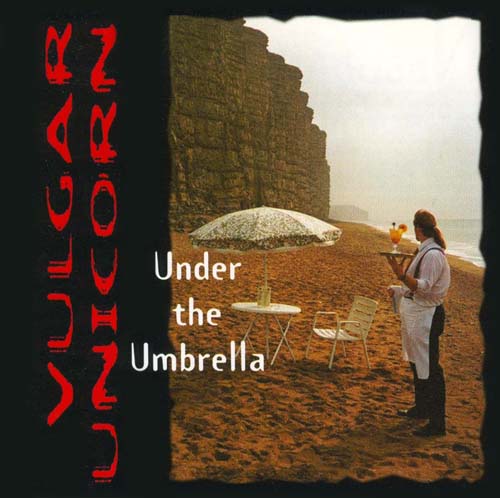 The trumpet, saxophone, and strings add a nice coloration to what is basically a guitar-oriented music, with plenty of riffs in the vein of Hawkwind and the like. Vocal themes are easy-going: this is music you can instantly hum along on first listen, if not improvising vocals on your own. This is not to say it's blatant. Rather, the long-developing themes give this recording an aura of welcomed space rock, and there's a definite feeling of fun amongst the musicians that makes the music rise above plain jams. It is nice, it sounds nice, it goes on smoothly. One long above-the-40-minute mark piece just about makes the album. As good as it is in its flowing way, one may fear how can it last. If the band continues exploiting exactly the same recipe, it may very well become redundant in no time. Let's hope VU will sustain the feeling, will retain – as corny as it sounds – the freshness, the almost naive approach which makes their music so delectable. A rather strong release in its very own way, to be classified under 'space rock', under 'sunny groovy prog rock.' Not bad.