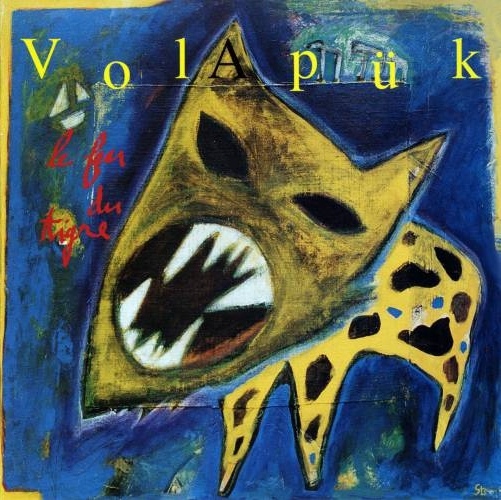 Guigou Chenevier was the drummer and a founding member of that wild and crazy French trio Etron Fou Leloublan, who released six albums between '76 and '86. Volapük is his latest band, a trio of drums, cello, and bass clarinet. What kind of music could such an unusual lineup produce? No guitars, no bass, no keyboards per se... indeed this is very unique music, clearly not of a rock nature, and like a lot of stuff on the Cuneiform label, this one is gonna be a challenge to describe! The cello and bass clarinet trade off providing the melodic content, while the other works with the rhythm section – providing a surprisingly formidable bottom end. Chenevier adds some vocals on one track, but essentially this is purely instrumental. The primary influence herein is 20th Century neo-classical, with elements of French folk and North African traditional music, and a healthy dose of avant-gardism. RIO? I dunno, maybe. Imagine Art Zoyd with a drummer, and that will put you close to the mark on some of the tunes; others are rhythmically abstract, dissonant, and tense. Yet all the fifteen pieces here are energetic and fairly accessible once given a chance. This is one of those challenging albums that takes a few listens (OK, maybe a few more than a few) to get to know, but is very satisfying once you get there and get comfortable with it.