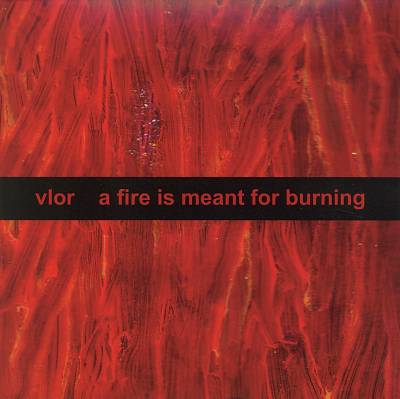 Oh so much is expected of the electric guitar. It seems always to be trying to be something else and sound like something else. Not to belittle the new ground staked out by so many musicians, but now and again it’s refreshing to hear a guitar simply being a guitar. That seems to be a good chunk of the working premise for Vlor’s (Brian John Mitchell) new CD. The pieces are solidly anchored by an arpeggiated style at times reminiscent of Michael Rother’s work. Vlor stretches farther by inviting collaboration from a number of other artists and by playing with the resulting signals. The outcome is twelve distinct yet closely related pieces that infer a carefully considered range of variations within a fairly finite set of elements. At times these prove familiar. “Trust in Weapons” is a very effective, interesting and simple idea because it remains simple: slowly arpeggiated chords occasionally interrupted by an irregular single-note stammer. “Potential New Sound” is just that, one of those things that happen in the studio now and again, a particularly fortunate turn of voices or combination of elements that actually sounds new and, in this case, calm and lush. Throughout, Mitchell’s sense of restraint and economy of scale remains admirable. In an era of infinite tracks and infinite processing we are continually reminded more does not automatically equal better. Because the music of A Fire Is Meant for Burning chooses to respect its own limits, it succeeds where many others fail.