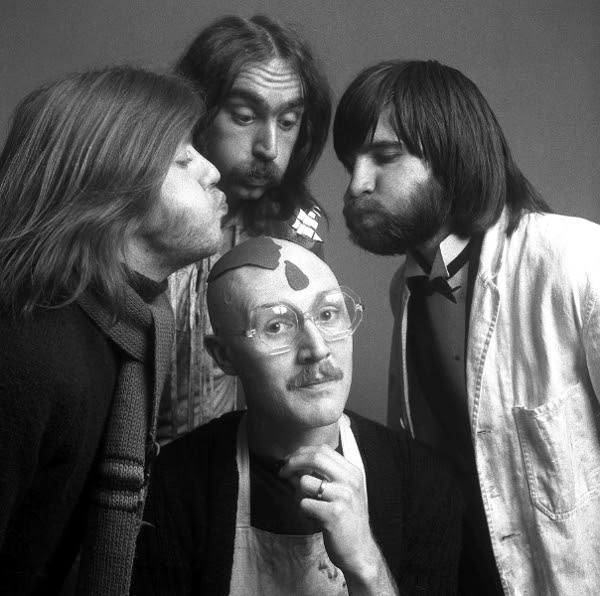 Victor Anthony Stanshall AKA Vivian Stanshall, the eccentric singer-songwriter, author, poet, and wit was best known for his work with the Bonzo Dog Doo-Dah Band, his exploration of the British upper classes in Sir Henry at Rawlinson End, and acting as Emcee on Mike Oldfield’s Tubular Bells. After the Bonzos broke up in 1970, Viv started a new project biG Grunt. In addition to Viv being the lead vocalist and multi-instrumentalist, he enlisted two other former Bonzos, Dennis Cowan (bass) and Roger Ruskin Spear (saxophone), as well as former Bonzo roadies Bubs White (guitar) and Borneo Fred Munt (guitar), plus drummer Ian Wallace. This short-lived project never played live, but on March 16, 1970 they did appear on John Peel’s show Top Gear. This limited edition yellow vinyl 12-inch EP captures those original BBC recordings. Side A opens with “Blind Date,” a country blues-pop song with spoken lyrics about meeting a blind date. Viv’s wry humor shines through, much like Frank Zappa’s “Lonesome Cowboy Burt” from 200 Motels. The killer lyric is “It was no surprise that you were a pygmy.” Side A closes with “Eleven Moustachioed Daughters,” a hard tribal rock number about voodoo and witchcraft, the rhythm line reminding me of The Animals’ “Story of Bo-Diddley.” Side B opens with “The Strain,” sounding like the Cookie Monster singing a Sesame Street song about constipation. And the EP closes with the previously unreleased instrumental “Cyborg Signal.” This is a very cool 70s psych tune, a bit like early Quicksilver Messenger Service, with echoed guitar, trombone, chimes, and organ sounding like a spaghetti western soundtrack. All in all, this EP is great fun!