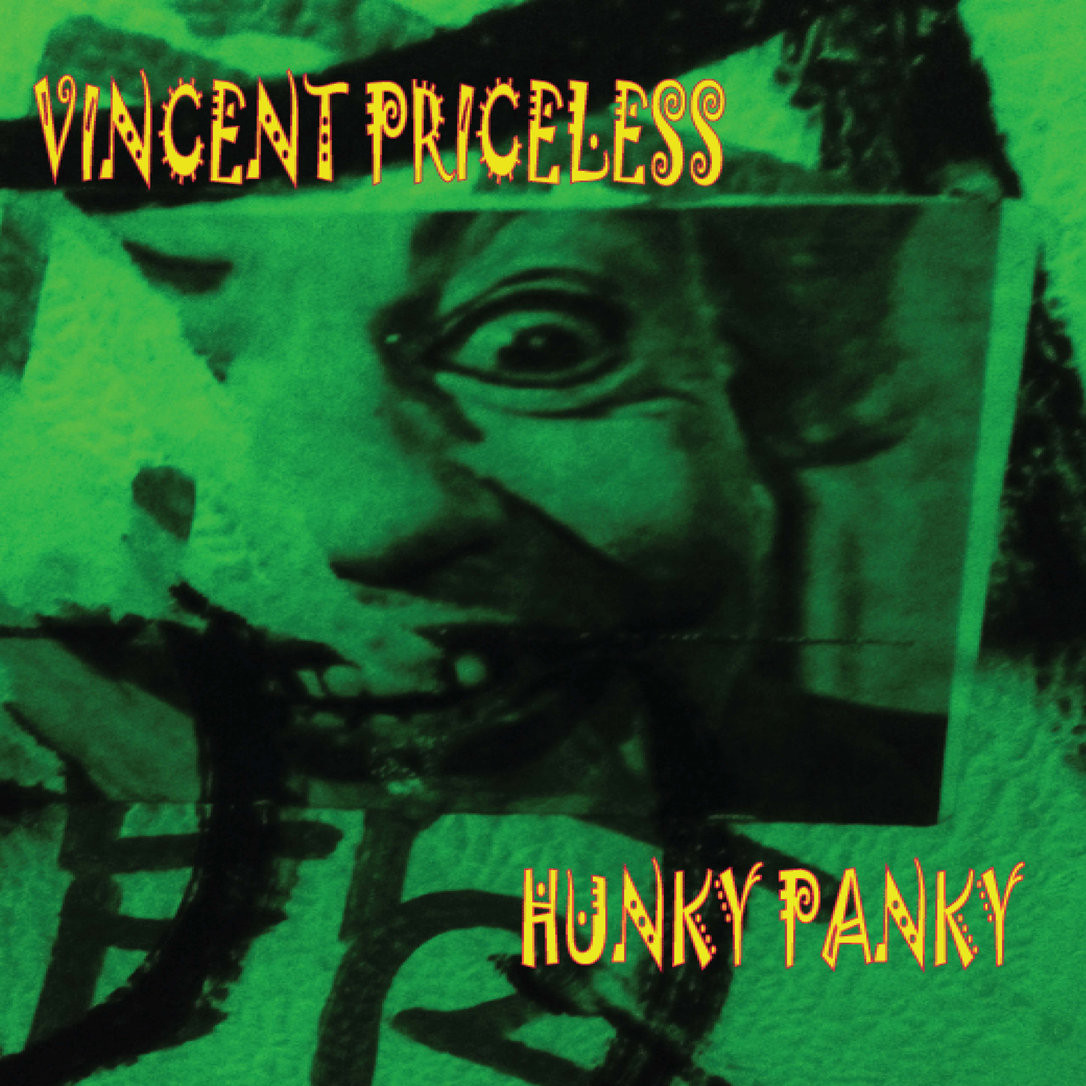 As a follow-up to Black Light Revival (2015), Vincent Priceless gives us Hunky Panky, another collection of catchy, clever tunes rooted in some of the best elements of 60s and 70s rock. Take a big swig of trippy sunshine psychedelia, chase it down with a shot of glam-rock, sprinkle in a dash of New Wave, stir vigorously, and garnish with a slice of punning humor. The result is a tasty cocktail that should bring a smile to your face without causing embarrassment. Tunes like “Dr Now,” “Bad Beth and Beyond,” and “Angels We Have Heard While High” remind you that rock ‘n’ roll is supposed to be fun. “Return of the Spiders from Mars” gives one clue where Priceless is coming from; “John Cale” gives another. There are so many smile-inducing lyrical moments I hardly know where to start. How about...

When you're down on the street be careful what you eat,
That chicken was a seagull caught today down by the bay.
A wise man said it best, "When billions want their meat,
Then tables will be the only thing with legs that they don't eat!"

...from “Between Today and Tomorrow”? I’m reminded of Scott McCaughey’s great songwriting with Young Fresh Fellows and The Minus 5 — Priceless has a similar knack for paying winking homage to the past while remaining both original and light-hearted. The specter of David Bowie hangs over much of Hunky Panky, from the title down into the lyrics, but there’s more to the album than just that, and it’s more celebratory than grief-stricken. Priceless is constitutionally incapable of keeping a straight face, and these solid tunes balance humor and musicianship to great effect. Priceless himself plays guitars, keyboards, bass, and drums at various times, but he’s joined by Tom Curiano (drums), Art Quinn (lead guitar, piano, vocals), Rock Anthony (drums), and Frank Pace (percussion) to fill out the sound. Check your serious musical attitude at the door and grin like a fool for a while — it’ll do you wonders.