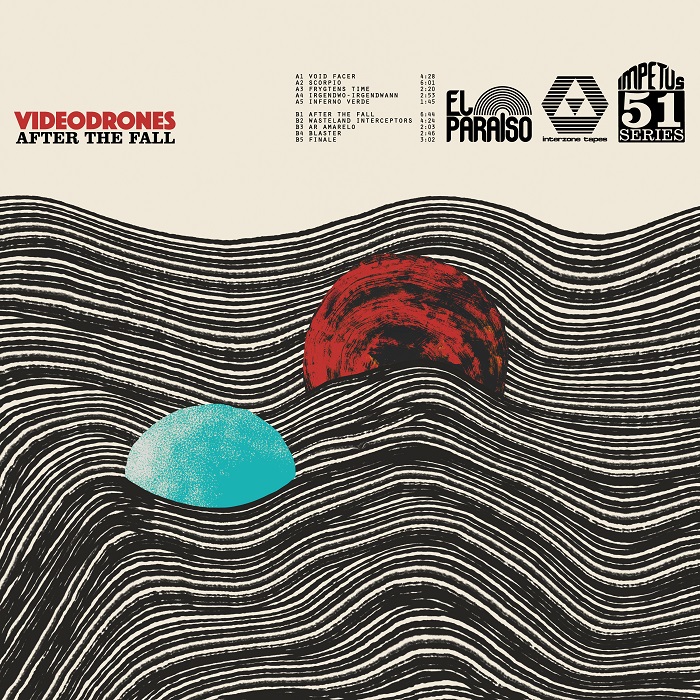 This is the fourth album by Videodrones since their debut Mondo Ferox in 2016, but what a difference this one is even from its immedoate predecessor, Atavistic Future in 2019. On previous albums the two principals of the band, Jakob Skøtt (best known as the drummer of the superb Danish outfit Causa Sui) and Kristoffer Ovesen (also of Laserblast and Uku Maze) had limited their collaboration to only synthesizer explorations, but on this newest album, Skøtt is utilizing his skills as a drummer throughout the album’s ten tracks, and the duo added some spacy guitars as well for good measure, while retaining an all-instrumental approach. The result is a far more multi-dimensional sound that seems to be a step or two closer to a rock sound, even though the sequenced synth underpinnings and the imaginative embellishments on each of the pieces are still providing the basic groove that propels their sound forward. The drums interlock with the sequenced grooves and offer enhancements to them as they move with a new determination, and at times add an explosive energy. “Scorpio” is a great example of how all the moving parts work perfectly together. Apparently the basic synth parts and drums came together first in live improv sessions, then additional layers of synths and electronics were overdubbed (as well as the guitars on some of the cuts), further honed and polished to perfection in the studio. Without the drums, “Irgendwo-Irgendwann” employs a vibraphone like patch while cyclical synth atmospherics interlock around the lstener. There are a few other tracks that have no drums per se, but there’s always some kind of percussive element to guide the piece. The title track features a dark crepuscular energy amid interesting blasts of Mellotron, while drums and synths guide it steadily to its manic near-seven minute conclusion. The appropriately titled “Blaster” is driven by a sequenced groove with drums, while strong melodies fly overhead for the duration. Every cut herein is a distinctive and unique endeavor to be relished by the intrepid listener. A limited edition of 500 LPs may be gone soon, but it’s also available as a download.