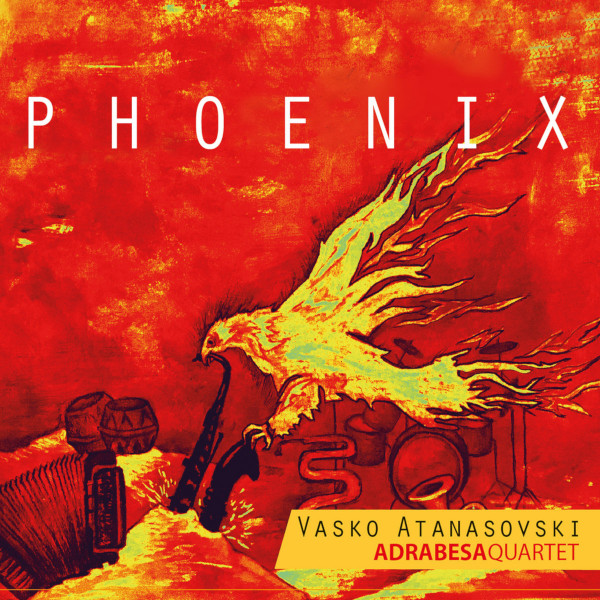 It doesn’t take more than about fifteen or twenty seconds into the opening track before a listener will know they are in for something different here, as Phoenix doesn’t really fit in any of the common pigeonholes for music. The core lineup features four gifted players, including band leader Vasko Atanasovski (from Slovenia, saxophones and flutes, as well as all compositions), Simone Zanchini (from Italy, on accordion), Polish resident Bodek Janke on percussion and tabla, and French tuba player Michel Godard. In addition, Atanasovski’s 17-year-old son Ariel joins the quartet on cello. With no guitars, no conventional bass or keyboards, the listener has to know just from reviewing the credits that they are in for something different. Unlike most of the Moonjune repertoire, the nine tracks herein are almost always referencing some elements of Eastern European folk music, but also very informed by classical, jazz, and other world music influences; seriously, with accordion, tuba, and saxes at the fore, how could it not be? And no vocals — save some vocalizing by Janke on one track, “Thornica,” that accompanies some masterful tabla playing. Atanasovski plays in a number of different configurations, and one of those is a duo with Zanchini — sax, flute, accordion, and live electronics, a collaboration that goes all the way back to 2001, and one can’t help suspect that the duo configuration may have served as a laboratory of ideas that came to fruition here. Phoenix features nine tracks in all, expressing a variety of emotions, in various times to tap your foot to, some jumpy and lively, others slower and moody, but one thing that can be said about all is the amazing musicianship that these players have on offer, as well as the superb compositions behind them. It’s one of those joyful albums that you'll just want to play over and over again.

Matter - Matter – If you like quirky psychedelic guitar-rock drenched with Mellotron, read on... Matter is pretty much the two man project of Joe Albarran (Chapman Stick, bass, Mellotron and guitar) and Mike Madden...  (1994) » Read more