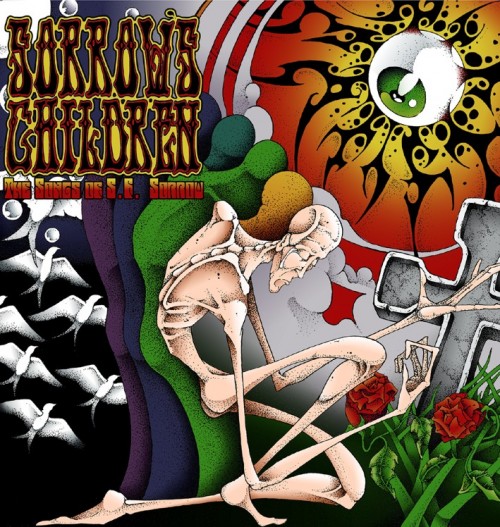 In 1968, The Pretty Things recorded and released the first rock opera, six months ahead of Tommy. The basic story is about a man driven into a dark mental seclusion where he suffers from eternal loneliness. This psychedelic opus was released about the same time as the White Album, Beggars Banquet, and the Village Green Preservation Society, but EMI did little to promote the album, so it languished into obscurity. Now Fruits de Mer, through their mission of releasing limited edition vinyl of psychedelic classics by contemporary bands, have recreated this 'lost' psych masterpiece, breathing new life into the songs by their usual suspects: The Luck of Eden Hall, Sky Picnic, Sidewalk Society, Hi-Fiction Science, Earthling Society, Jay Tausig, et. al. as well as The Pretty Things themselves closing the album with an exclusive 2010 live version of "The Loneliest Person." Produced in colored vinyl, Fruits de Mer have outdone themselves with a stunning full color gatefold sleeve designed by artist Frank Suchomel. The performances are great, ranging from the garage band sound of The Luck of Eden Hall, through the sitar laced music of Sky Picnic, to Earthling Society's guitar freak-out, capturing the ambiance of the late 60s while exerting their individual styles. Of particular note is The Loons' version of "The Loneliest Person." Both Phil May and Dick Taylor of The Pretty Things are pleased and flattered by the result. As all 700 copies have been sold, consider yourself lucky if you can track one down.