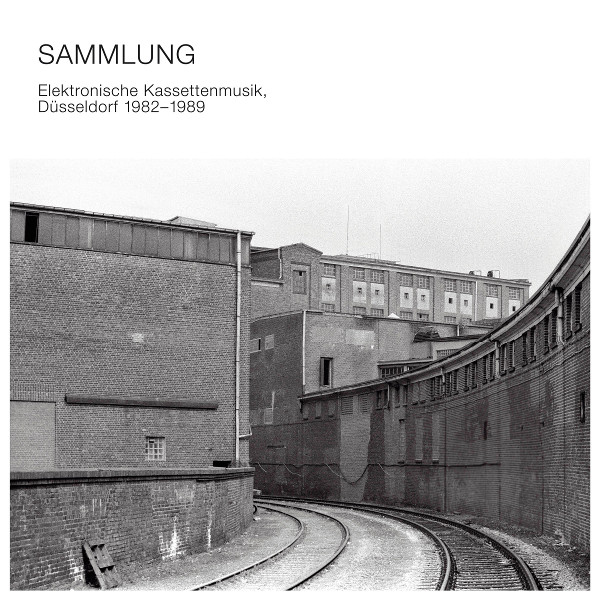 In the early 80s, with the rise of affordable electronics and recording equipment, cassette culture took off. Anyone with a few dollars could set up a home recording studio and create music. Fanzines popped up to review and promote this new and experimental post punk music. This new Bureau B compilation album gathers 13 examples from the Düsseldorf cassette scene, spanning 1982 - 1989. Taking what Throbbing Gristle, Human League, and others were doing in the UK, the Düsseldorf creative minds produced their own version. Of course, most of the music on this compilation is typical of what you heard on cassettes in the 80s, mostly amateurish, lo-fi, experimental, obscure sound sources, and occasionally inspired. For example, Ettlinger’s “bzw” Casio composition with its cheezy electronic beats and tones is fairly typical of the mid 80s. Dino Oon’s “Nr. 6” with its crashes, reverbed chords, interacting harmonics, and cavernous sound reminds me of my own paltry attempts at abstract compositions. Kurzschluss’ “L’Inconnu” starts with a promise of developing into something like Human League’s “Black Hit of Space,” but never does. It isn’t until we get to track 9 and the Wooden Barrows’ “Zyklus VI” that you hear a composition that shows some structure and promise. The only band name I recognize on this compilation is Strafe für Rebellion. Their composition “Boston” incorporates rhythmic muffled sounds, a rocking creaking swing (?), howling wolves, and a sudden disturbing growled voice “the cashbox is empty” that repeats. And then it ends abruptly. “Boston” is no doubt the most experimental and best track on the disc. So if you missed the cassette culture in the 80s, this compilation will give you a great introduction.