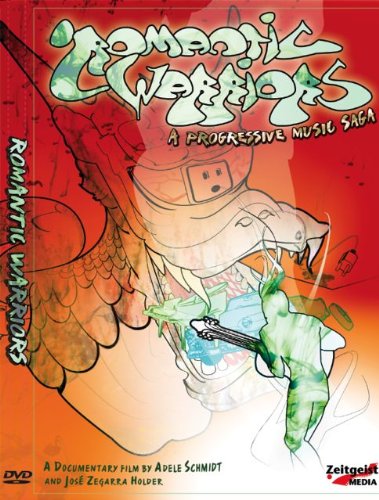 In the 70s, when prog rock was living its heyday, the term progressive rock was used to define two different genres. One was the RIO/Canterbury one, including Henry Cow, Univers Zero, and other European outfits; the other referred to classical-influenced bands such as Genesis, Gentle Giant, and Yes. Twenty years later, when prog rock resurfaced, this neat distinction proved to be obsolete. Several differences persisted, and they still do, but the two musical environments, once uncommunicating with each other, now happen to play live in festivals such as Baja Prog and NEARfest.

This documentary directed by Adele Schmidt and José Zegarra Holder does not deal with what prog was (no nostalgia here) but provides the framework for the new progressive rock scene that emerged in the late Twentieth Century, as well as the necessary link with the past (the interview with Gentle Giant's Gary Green and some live footage of the same group).

Another unconventional choice lies in the fact that six acts out of thirteen hail from the USA; if the old prog wave was mainly European, this may not be the case for the new one. Thirteen names are included. Groups prevail, but there are two solists as well, namely Swedish guitarist Roine Stolt and US Chapman Stick master Rob Martino. La Maschera di Cera and DFA are a good sample of what Italy can offer today. Cabezas de Cera from Mexico and Qui from Japan confirm that new prog is not limited to the Euro-American area.