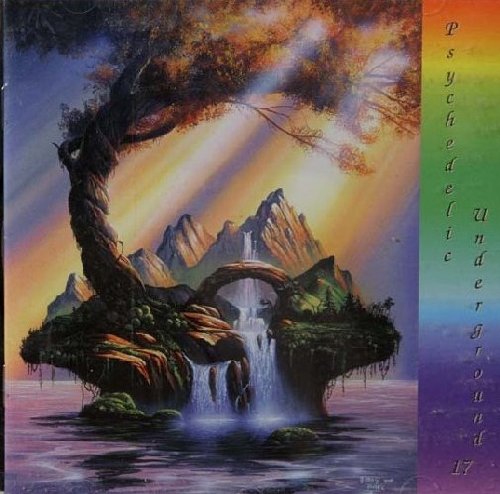 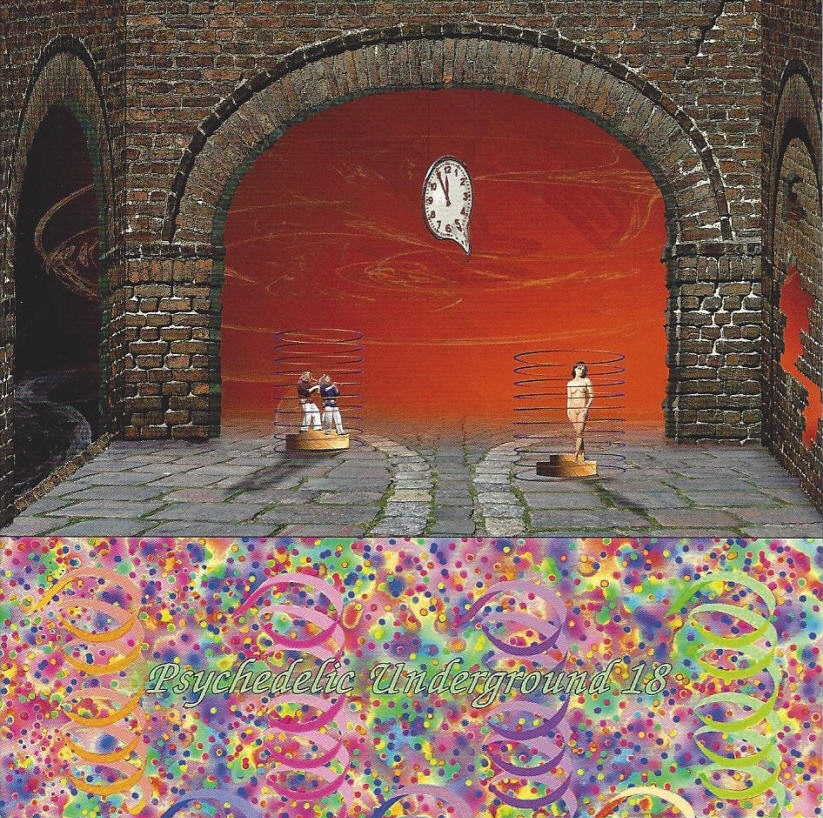 Since the Garden of Delights label began in the early 1990s (they were originally called Penner Records), they have produced this Psychedelic Underground promotional series, each one highlighting one track from each of the previous nine regular releases on the label, which mixes tracks by very obscure German bands with some better known names, and in the process provides a vehicle that allows a listener to preview a piece from all of the label’s regular releases. The two releases at hand cover garden of Delights releases from CD 161 (Sunbirds self-titled album featuring one guitarist Philip Catherine, already a respected jazz sideman) to CD 169 (Virus’ Revelation), released in 2013, and CD 171 (Virus’ Thoughts) to CD 179 (Gila’s self-titled aka Free Electric Sound), released in 2017. Highlights of Psychedelic Underground 17 include the twelve minute “Endless Game” by the aforementioned Virus, starting out with a beautiful classical organ riff, then quickly morphing into an aggressive instrumental rocker with gothic overtones. Cosmic Circus Music’s free-flowing psychedelic improvisation “Sternenmaskerade 1” at nearly 38 minutes has to be one of the longest pieces ever committed to one of these samplers. Missus Beastly’s “Patscha Menga Underground” is a succinctly stated jazz-rock piece with powerful sax and flute presence. The title cut from Embryo’s Bad Heads and Bad Cats from 1976 is a powerful jazz vocal piece and features great singing from Maria Archer. Some relative unknowns are introduced here, like folk-rock trio Langsyne’s “Morning” from 1976, sounding a bit reminiscent of Lambert & Nuttycombe’s style, and the powerful symphonic progressive rock of Guilderstern’s “Murder of Gonzago – part 1”.

The more recent Psychedelic Underground 18 leads off with a great vocal track “Mankind, where Do You Go To?” from Virus’ second album Thoughts. Other highlights include the eleven minute title cut from Missus Beastly’s fourth album Space Guerilla, a powerful and funky instrumental jazz-rock epic with a strong keyboard and flute prsence. “My Dear Groovin’,” a cut from Sunbirds’ second album Zagara from 1973, now without Philip Catherine, shows a confident fusion outfit going forward. “Weld Im Dunkel” is an intense and dark cut from Gäa’s 1973 debut, sung in German. One cut from Embryo’s 1977 Live album is presented, an album which marks the end of Charlie Mariano’s regular tenure with the band. Lesser known artists include Panko, Reaktor 4, and Exponent, all who existed in the early 70s without leaving much more than cassette recordings or demo tapes, all deserving of more recognition. The near seven minute “Kollektivitat” from Gila’s debut closes the disc with a powerful and aggressive rock groove. As always, both of these discs contain complete documentation of each of the tracks in both English and German, and a complete listing of all Garden of Delights releases to date.