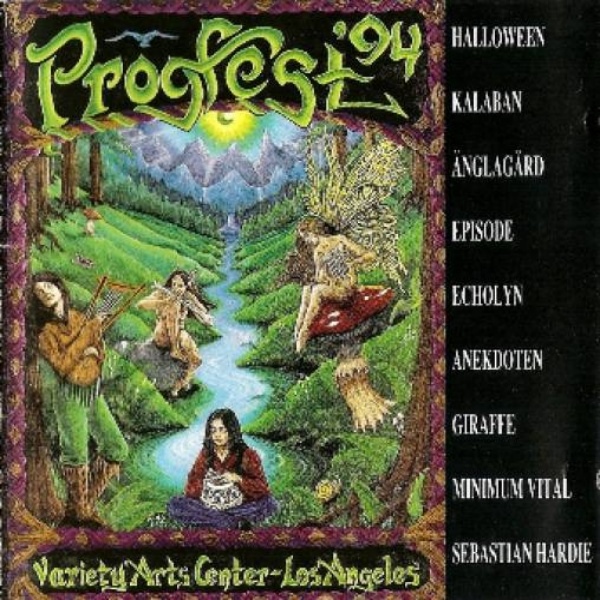 When it finally appeared at Progfest '95, the ink was still drying on the booklet of this two-CD retrospective of the show a year before. Each of the nine featured bands (Halloween, Kalaban, Änglagård, Episode, Echolyn, Giraffe, Anekdoten, Minimum Vital, and the reformed Sebastian Hardie) are given about fifteen minutes give or take on this set (though Echolyn seems to have gotten a little shortchanged). Anyone who was there will definitely want this for a keepsake — as well as those who missed the event altogether. The sound quality is excellent, better than the actual live performances (your ears won't bleed during the Kalaban set, and the relentless screeching feedback during Sebastian Hardie's "Four Moments" is conspicuously absent). And if you fell asleep during the Änglagård set because you partied too hard the night before, here's your chance to catch at least a part of it. Note also that Musea has released two full length videos of Progfest '94 — one for the performances on each of the two nights, and that the selections on the video are in many cases different than those on the CDs.