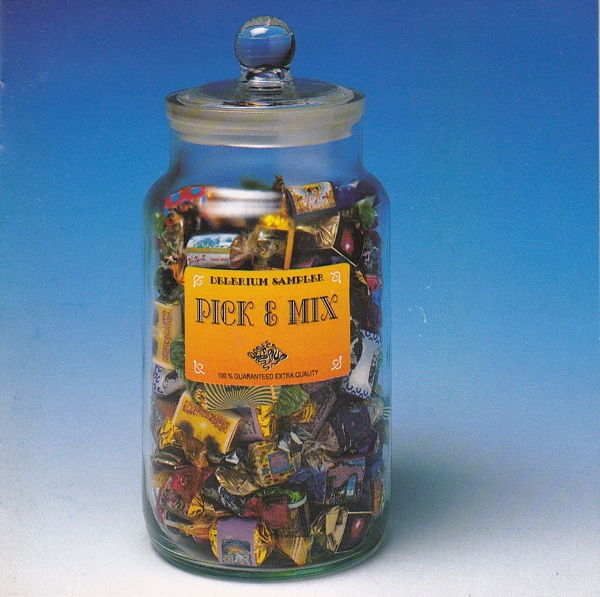 Whether it's Delerium, Musea, Cuneiform, SI, Kinesis, or whatever label, a sampler CD is probably the best way to get familiar with a lot of new artists in short order. Typically, these CDs are packed – a full seventy minutes or more, the material drawn from the artists' regular releases; thus there is no added expense in producing them – and they can be offered at bargain prices. Case in point: Delerium is a label from the UK that leans toward what might be called a neo-psychedelic sound, taking a good deal of influence from elements of the late-60s/early-70s US/UK psych explosion. Unlike neo-prog, this music is not 'watered down', and much of the original spirit remains intact, even though it is clearly a product of nineties technology. This double-CD set is priced at less than the cost of a single CD, and features twenty songs taken from Delerium's regular releases, plus a few that are not available elsewhere (including an alternate take of "Voyage 34" by Porcupine Tree). Without getting into a lot of detail, the featured artist list includes Moom, Kava Kava, Nick Riff, Omnia Opera, Electric Orange, and Saddar Bazaar, all which have been covered in these pages, as well as many we'll hopefully be investigating in the future: Suicidal Flowers, Kryptästhesie, Psychomuzak, Treatment, Nova Express, and others. A good investment.