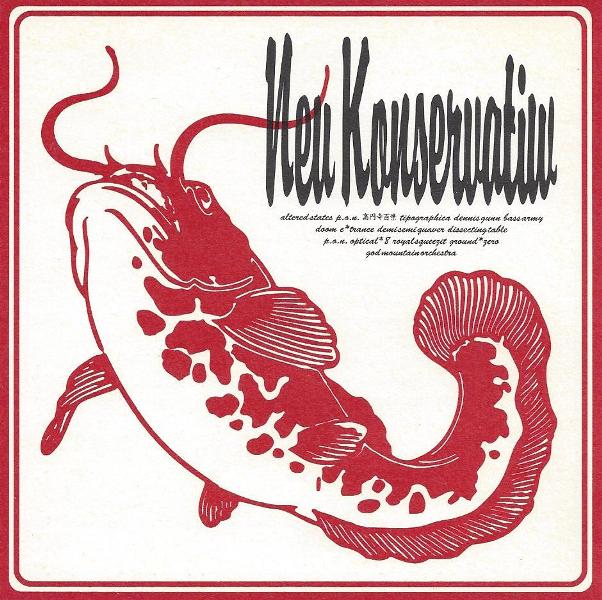 I understand that God Mountain doesn't want to become known as a progressive rock label... but with non-album tracks included by bands like Tipographica and Koenji Hyakkei, as well as several others along the RIO/Crimson axis, I think a lot of readers just might be interested in hearing about this compilation. Like all compilations, the fourteen tracks here cover a lot of ground, some great and some not so good, and everything in between. Kicking off the album is the track "Bug" by Altered States, a band that owes more than a nod to Red era Crimson, although I hear little of Crimson's more melodic side in their sound — just the crunch. The RIO styled P.O.N. contribute two tracks to the disc, both excellent, and Tipographica contributes an alternate take of "Infinity Street Car" from their album. Koenji Hyakkei offer a marginally recorded live take of their "Doi Doi," essentially a Magma sound-alike. Also featured are Bass Army (a band consisting only of two bassists and a drummer), with their pulsating "Sneak Attack." Optical 8, Doom, E-Trance, Royal Squeezit, Demi Semi Quaver, and several other bands make appearances as well. The album is mixed fairly evenly between vocal and instrumentals. Some of the stuff may be a little too noisy for some, but it's all fairly interesting.