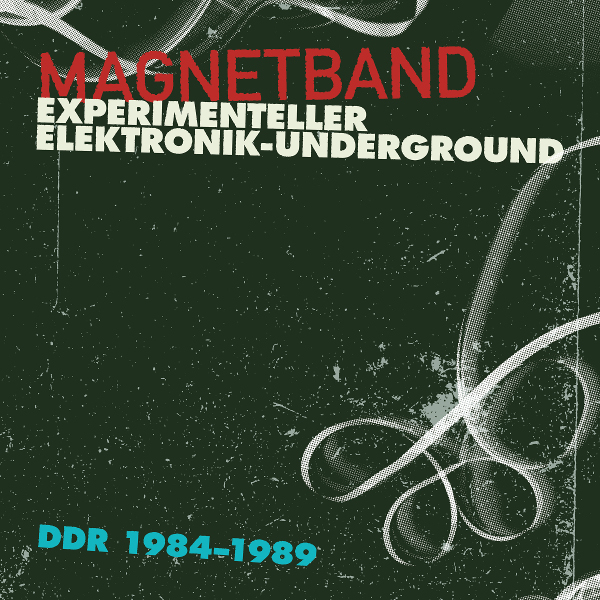 During the five years prior to the wall coming down, East German musicians, painters, poets, filmmakers, and performers began to open up new territory, crossing genres and jumping back and forth between various styles. They were openly trading cassettes within and without East Germany, even though it was illegal to replicate / duplicate music as that was strictly sanctioned by the state. Eventually some of these newer bands found their way onto the state-owned label AMIGA. When the wall finally came down in the Fall of 1989, many of these artists repositioned themselves or took different roads leading to Rammstein, music label Raster-Noton, and Berlin bands To Rococo Rot and Tarwater. Fortunately poet Bert Papenfuß, Ronald Lippok (To Rococo Rot and Tarwater), Bernd Jestram (Tarwater), and sound engineer Bo Kondren compiled two companion CDs that accompanied the out of print Zodiac special edition Spannung. Leistung. Widertand. Magnetbanduntergrund DDR 1979-1990 released in 2006. Fourteen of the experimental electronic pieces culled from this set are now available to a much wider audience on Magnetband (Experimenteller Elektronik-Underground DDR, 1984-1989). The bands are unknown to us Westerners, so there's no real point in listing them, though A. F. Moebius, pseudonym for Fred Bertschneider, contributed two tracks, and another as part of the duo Heinz & Franz. The music varies a bit from track-to-track, group-to-group, sometimes frenetic. But mostly characterized by sequences of one to a handful of notes, and all exhibiting open-minded experimentation. The Magdelene Keibel Combo track “Er hat’s geschafft” has a galloping rhythm sequence, sounds of faux sheep, roller rink organ, and processed vocals reminding be somewhat of Der Plan. In contrast, Stoffwechsel’s “Fly, Fliege, Fly” blends dub influences with their percussive metallic sequences. Perhaps the best track is Robert Linke’s nine-minute album closer “Musik zum Weltuntergang.” This piece is one long drone with little insectile sounds popping in and out that reminds me of Norwegian electronic composer Rieg’s 1980 cassette album Source. This collection is a wonderful document of what artists can achieve when isolated from free society. Though not for everyone, this disc should appeal to those who love experimentation and possibly techno.