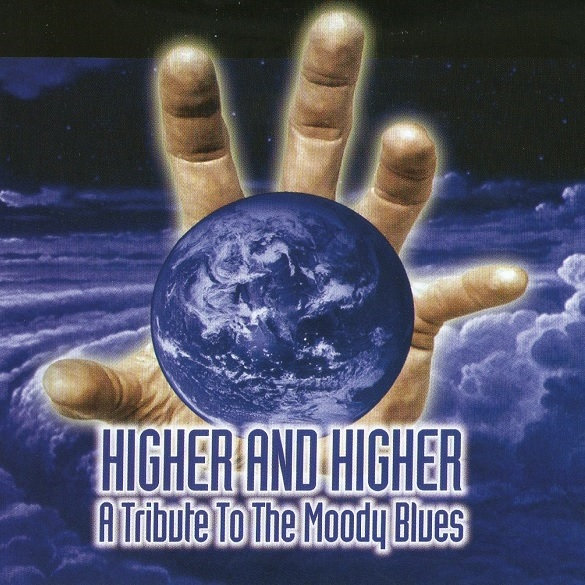 Given their influence on the genre, the Moody Blues are a great subject for progressive bands to cover and I’m surprised something like this hasn’t already been tried. But leave it to Mellow Records to go for it in a big way — 41 tracks spread across three disks. That many groups (or solo musicians in some instances) can’t all be great, though apart from a few exceptions the caliber of performances throughout is high, despite the usual instances of painfully accented vocals. In most cases also the renditions and interpretations are very good, if not downright stellar. Some bands don’t deviate far from the original, as is the case with Ajalon’s energetic take on “You and Me” and Ryan Guidry’s re-creation of “London Is Behind Me” that convincingly recaptures the 1966 period just after Justin Hayward and John Lodge had joined the Moodies. As one might expect, most of this collection — two of the three disks, in fact — covers material from the band’s “core” era spanning the seven albums released between 1967 and 1972. The first disk barely makes it out of 1967 in fact with a great deal of time spent on the band’s first two Hayward / Lodge albums, while the second covers the albums On the Threshold of a Dream to Every Good Boy Deserves Favour. The third CD stands up to the others, though, with some exceptional offerings, including a great live version of “The Other Side of Life” from Time Travelers. Here also is an interesting minimalist synth-pop version of “Words You Say” from Roz Vitalis and a wired, metal guitar extravaganza take on “I Know You’re Out There Somewhere” from The Rob Sbar Noesis. In fact, most bands were wise to avoid playing the prog rock card too heavily, apart from inserting Mellotron into some of the 80s material. Even Mikromidas’ bombastic re-working of the sole Denny Laine-era song, “Go Now,” smacks more of Yes’ early cover work than a Genesis-inspired extravagance. I’m not always kind when it comes to Mellow’s multi-artist packages, whether it be tributes like this or their themed releases like the recent Colossus of Rhodes, but with this one they got it right. Moodies fans should definitely check it out.