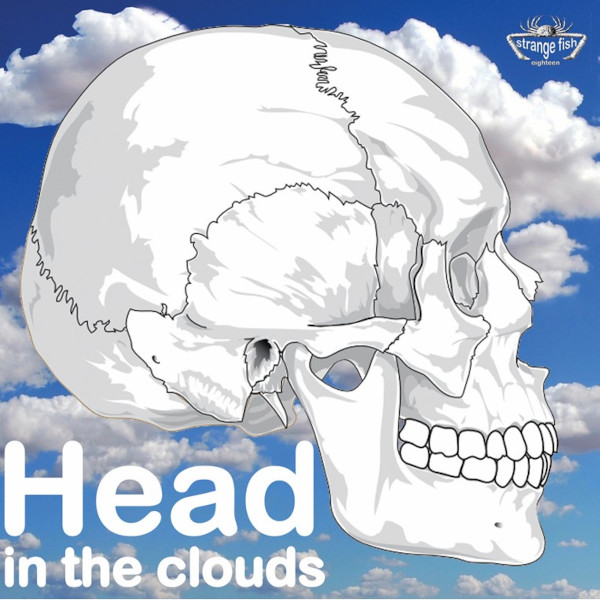 Despite the pandemic this year, Fruits de Mer has been very busy releasing massive sets of music. In the present case, there is a first, a combined double LP and double CD compilation Head in the Clouds. Head in the Clouds presents nearly fours hours of music inspired by Tangerine Dream, Ash Ra Tempel, Popol Vuh, and Klaus Schulze, with no overlap of music between the vinyl and CD. There are a handful of familiar artists on this compilation: Craig Padilla, Maat Lander, Saturn’s Ambush, Jack Ellister, Anton Barbeau, Jay Tausig, The Lost Stoned Pandas, Black Tempest, Sula Bassana, and Vibravoid. And a bunch of new names: Jah Buddha, Trace Imprint, Exedra, MAX of BIOnight, Under Golden Canopy, Son of Ohm, Brendan Pollard, Helicon Wave, and Blue Lily Commission. The primary reason for this split analog / digital release is the amount of music. If Keith Jones had opted for all vinyl, the result would have been a 5-LP box set, but with everyone watching their pennies these days, the price would have been cost prohibitive. Rather than tediously describe each of the 24 tracks, I will focus on my general impressions and then some highlights. By far the biggest influence on this massive set is Tangerine Dream and Edgar Froese, with many of the tracks sounding like newly discovered tracks from the Tangerine Dream vaults. Driving pentatonic sequences, Mellotron chord washes, cosmic electric guitar excusions, and slowly morphing soundscapes take you back to Tangerine Dream’s heyday. There is one cover track, Maat Lander’s version of Ash Ra’s “Ocean of Tenderness,” which happens to be more bubbly and energetic than the original. Jack Ellister channels Sergius Golowin AKA Lord Krishna von Goloka on “Der Schiffer” and Under Golden Canopy merges Tangerine Dream and Klaus Schulze influences on “Under Golden Canopy.” The tracks that excited me the most are Exedra’s “Exoplanet Transit” that is akin to a cosmic Eno and perfect for stargazing, Brendan Pollard’s “Sequenzeit,” Jah Buddha’s “Well of Blissando,” and Sula Bassana’s “Shushie’s Reise.” The Vibravoid track “Im Zentrum des Kosmos Ist ein Auge des Sieht” is a surprise and unlike anything I’ve previously heard from them. This is a long amophous and hypnotic soundscape. The Blue Lily Commission’s “Half Asleep at the Gates of Evening” sounds like a Froese song title, but it is nearly twenty minutes of dark subliminal music that ebbs and flows through eerie cosmic realms. The only track on the set with any singing is the closing tune by Black Tempest, “The Sun Rises, the Sun Sets, the Moon Shines.” And what has typically been happening with these limited edition FdM releases, Head in the Clouds sold out on pre-orders. But you may still be able to find a copy of this Kosmische Kompilation on eBay.