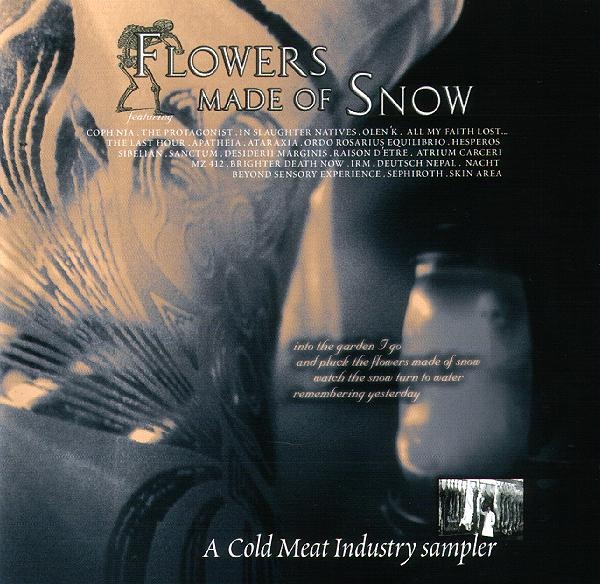 Cold Meat Industry is a label out of Sweden that caters to those who enjoy “the evolving sound of someone else’s nightmare.” The 23 tracks spread across these two disks offer plenty of variety, from the dreamy and ethereal strains of “Sleep Now” (All My Faith Lost) to the dark ambient drone of “Mouldering the Forlorn II” (Raison d’Etre) to the Edgar Allen Poe-influenced dark poetry of “Into Empty Depth” (The Last Hour), to the tuneless industrial noise of “Death Posture” (Nacht). Pervading it all is a heavy gothic atmosphere that can be downright creepy at times. Many of the artists here seem to delight in pushing the limits of the human psyche by tapping into deeply rooted fears and anxieties that can be truly disturbing, even when translated into music. At its most benign, the listener is offered songs like “The Sin Eater” from Sibelian that merely comes off as an Enigma knock-off, while at the other extreme are ragged, tune-less screams of noise as in Nacht’s “Death Posture.” Personally, I’ll take the former any day, though one can’t help but be impressed by the entire collection’s ability to continually challenge how we relate to dark and foreboding concepts through music and voice. Most of the groups hail from Scandinavia or Europe, though English is the primary language of choice, even when pushed through massive filters as in Brighter Death Now’s “While You Sleep” (that, like several tracks, includes snippets of recorded spoken word to further enhance the unsettling undercurrent). Any way you slice it, what CMI has assembled here will evoke some kind of reaction out of you – unless you’re already dead.