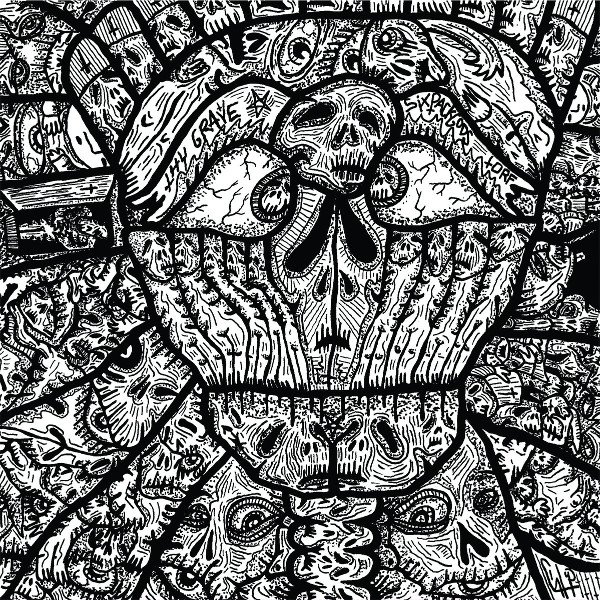 Addicted Blues is a three-way split of metal / stoner rock / sludge doom by Ukranian band Torf, Russian band Thy Grave, and Finlanders Sixpackgods. Just the band names and the album artwork are sufficient clues as to what you will experience on this compilation, though I am clueless as to how the album title Addicted Blues relates to the music. Torf presents four tracks of heavily distorted guitars, wordless vocals, demonic laughter, and slimy sonic sludge. The Sixpackgods provide three stoner rock tracks of barely understandable shouted, distorted, and chanted song titles, heavy beats, and bass riffs. Plus the self-titled “Sixpackgods” is an experimental track of scraping sounds and rhythmic drumming. The album closes with two tracks of demonic screams and dark distorted and filthy gothic sludge rock by Thy Grave. And what I found a bit comical is that at the end of “Rotting from Within” the vocalist starts coughing, probably from straining his vocal chords to sound like a demented Cookie Monster. If you are a fan of doom metal / sludge rock, Addicted Blues is for you.