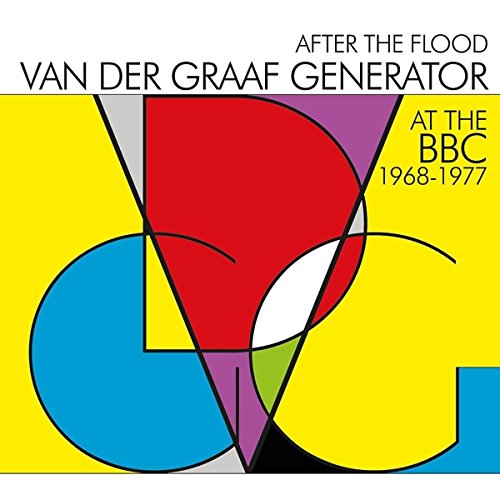 After the Flood collects two discs worth of BBC recordings by one of progressive rock’s most iconoclastic bands, from their very beginnings (well, before the release of their first long player) out to a set recorded in late October 1977 by the Quiet Zone / Pleasure Dome edition of the band. I don’t know if this is every BBC recording made during that period, but with two full discs of classic material the listener is not left wanting. Add to that a 24-page booklet packed with text and photos covering the history of the band from their earliest days at Manchester University in 1967 through their hiatus from ’72 to ’75, the regrouping for Godbluff and all of the lineup changes that followed until they disbanded in 1978. So in the interest of full disclosure, if you are one of the hardcore fans that already has the Maida Vale CD and The Box 4-disc set, then you already have 17 of the 22 tracks included in this set – but don’t let that cause any hesitation, those five tracks are worth the price of the set alone, including a killer live version of “Killer” from September 23rd 1971 that closes disc one (along with live versions of “Man-Erg” and “W” from the same set), and a nearly ten-minute “(Fragments of) A Plague of Lighthouse Keepers / Sleepwalkers” recorded by the QZ/PD lineup in late ’77. This entire project was conceived, researched and compiled by Mark Powell, which means that any tracks included here will no doubt sound far better than any previously released. The long and the short of it: This is essential listening for any fan of VdGG.