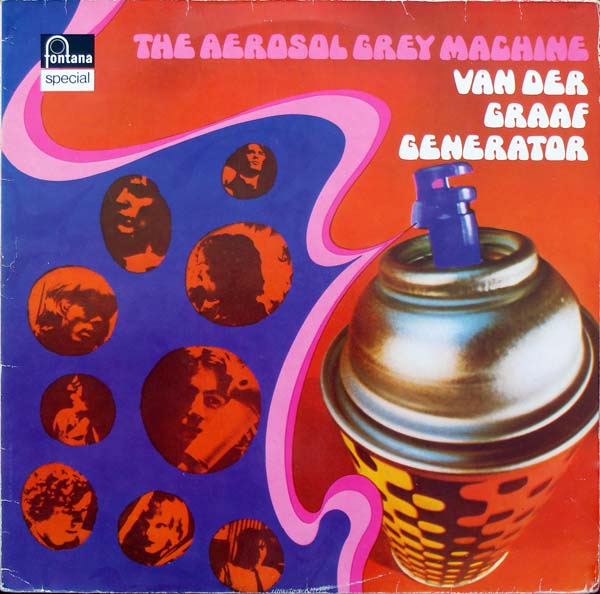 That it took so long to have this, the 1969 debut from Van der Graaf Generator, released to CD is a wonder. But that we have it is better than not, I suppose. Plus there's the rare first single "People You Were Going To" / "Firebrand" as an extra special bonus! The first thing that strikes the listener is the very delicate English-ness of Peter Hammill’s voice. He seemed so deliciously wrapped up in all that late 60s post-psychedelic Blakean flower power that was the fertile spawning ground for all the classic English prog groups. Since Aerosol Grey Machine was originally planned as a Hammill solo album, it's clear that he is the center of this album's universe, as singer, songwriter, main muse, and soul. Aside from the instrumental "Black Smoke Yen," Hammill's voice and acoustic guitar anchor these 12 songs with organist Hugh Banton, drummer Guy Evans, and bassist Keith Ellis in support. But make no mistake, these songs are essentially voice and acoustic guitar pieces and are downright primitive by today's standards. Musically speaking VdGG would evolve from these humble beginnings but from a vocal and lyrical point of view, AGM shows a continuity with all of Hammill's work, even to the present day. The songs are not particularly complex or technically daunting, but they do represent the lyrical and emotional aspect of progressive rock in archetypal fashion. For progressive rock, Aerosol Grey Machine is an important historical statement that deserves attention.