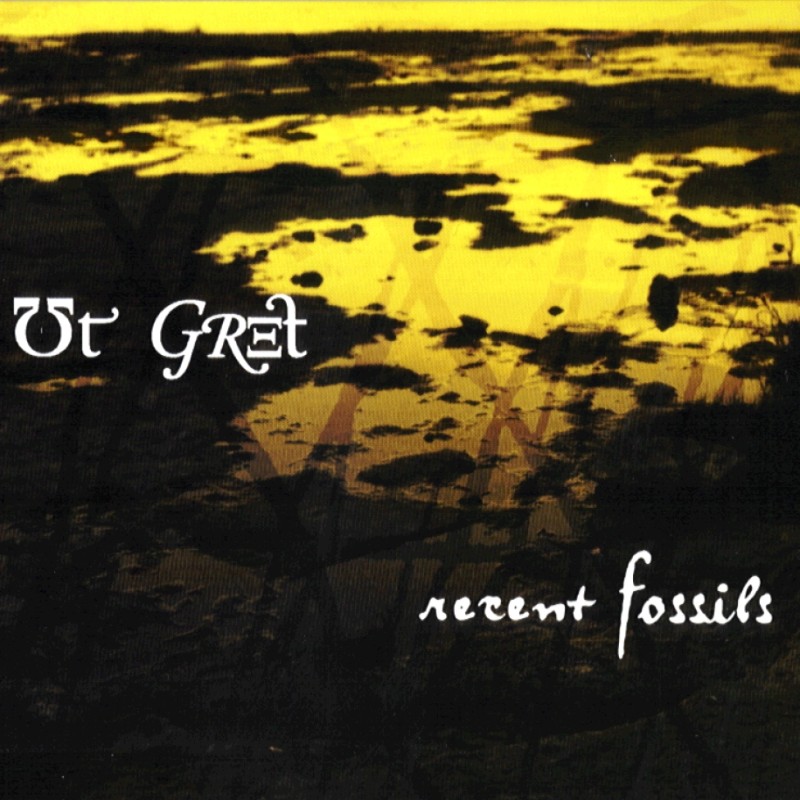 This Louisville, Kentucky based ensemble (pronounced Oot-Greet) has been around about as long as I can remember. Over that long period they have gigged a lot but released only a few recordings. This is the band's 25th anniversary box set (though there is no box, just a massive quadri-fold digipack housing the three discs and a 20 page booklet with a story and footnotes that will keep you smiling). Nominally a five-piece, the band has invariably involved numerous musicians over the years, plus some additional collaborators and such, though the mainstay and de-facto bandleader is multi-instrumentalist Joee Conroy. The band covers a wide range of styles, but mostly what one hears is music that exists on the borderlines of several idioms, including elements of folk, rock, jazz, world music, free improvisation, modern classical, and experimental music. That covers just about everything, doesn’t it? Whatever they play is – on a whole – generally unclassifiable. Likewise, every member plays numerous instuments, to even list all the instruments played by the current lineup would eat up the entire review, let alone past lineups, which is mostly what this archival set is all about, recorded originally in the 2002 timeframe. The three discs each have their own title (The Dig, Time Laps, In C) and all of these could have easily been separate releases.

Disc one is The Dig, subtitled Compositions for Experimental Gamelan – eighteen mostly short tracks featuring real or sampled gamelan (or Western instruments playing in gamelan scales) as well as other world instrumentation (flutes, mbira, hand drums, gongs, wood percussion, suling, berimbau, tamboura, didgeridoo... the list goes on and on) to produce a fusion of the traditional Indonesian sound and various Western idioms that respect similar scales. The results are nothing short of stunning. Now let's skip to disc three, In C, which is uses similar instrumentation and samples thereof applied to the Terry Riley classic, which itself is just a very basic set of rules that the players improvise on, and in this case given the instrumental application, it certainly sounds like a natural follow-up to disc one, albeit a more familiar one.

Which brings us to disc two, Time Laps: Idiomatic and Non-Idiomatic Improvisations. That pretty much describes the nine tracks that are presented here in a general sense, where just about anything can and does happen. Usually Ut Gret sticks to an instrumental palette, but here we hear voices on some of the cuts, and on the opening title track, that comes along with shakuhachi (traditional Japanese wood flute), koto, santoor, electric guitar, looped samples, and the bowed and plucked interior of a piano. One track "21st Century String Quartet" is in fact performed entirely on two violins, a viola and cello, but don't expect anything remotely conventional. "Testosterone Fairy Games" and "The Enemy Is Dust" employ more conventional instrumentation, and tend to exist within a hybrid of Western rock and jazz styles. "Appalachian Fall" finds guest Eugene Chadbourne contributing banjo to a long and spacy free improv also featuring clarinet, mandolin, cello, sitar, keyboards, and percussion. Time Laps is very different from the other two discs, perhaps a bit more challenging at times, but nonetheless satisfying.