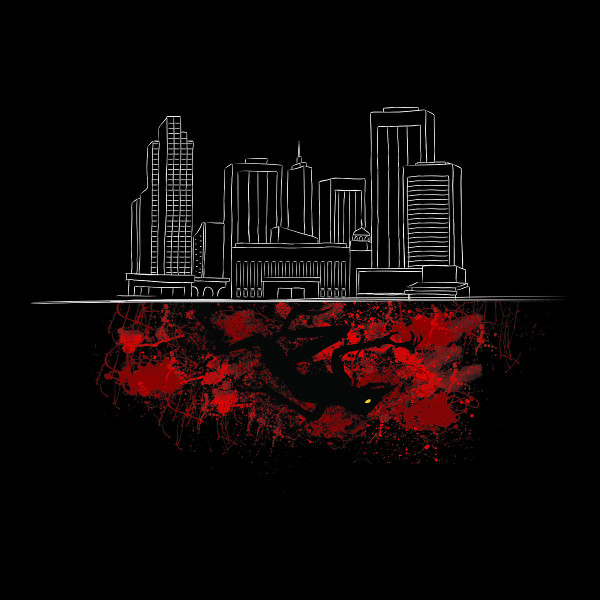 It seems like it’s been quite a while since I reviewed an album of classic-style Italian prog, so I’m happy to have this gem come up in my list. Unreal City has been in existence about ten years now, but Frammenti Notturni is the first of their albums I’ve heard. On one hand, they have the typical elements of symphonic Italian prog down: outstanding Classical-inflected keyboard playing (Emanuele Tarasconi) featuring piano, organ, and synths; a strong vocalist belting out Italian lyrics (Tarasconi again); melodic guitar work that rocks without resorting to cliches (Francesca Zanetta); a kick-butt rhythm section (Dario Pessina on bass and Marco Garbin on drums) that negotiates the compositions with energy and flair; and compositions that balance delicacy and power through varying sections. On the other hand, they also have much to recommend them that is much more their own, and lifts them above the level of a promising also-ran. Some of the instrumental sections have a hint of jazz fusion to them; guests provide violin and female backing vocals; and there are occasional moments of unexpected weirdness, like crazy analog synthesizer noises and an audio sample from Hitchcock’s Rope (James Stewart’s famous speech near the end). The real star here is the quality of the compositions. From the shortest tune (“Barricate” is under six minutes) to the longest (“La Grande Festa in Maschera” is over 13, and runs directly into “Le Luci delle Case (Spente)” to create a side-long epic) they maintain interest with imaginative changes and clever transitions, slipping into an odd meter here, changing key there, and so on. I can recommend Frammenti Notturni for anyone who’s into the Italian classics or would like to be. The style is not dead, and not moribund either.