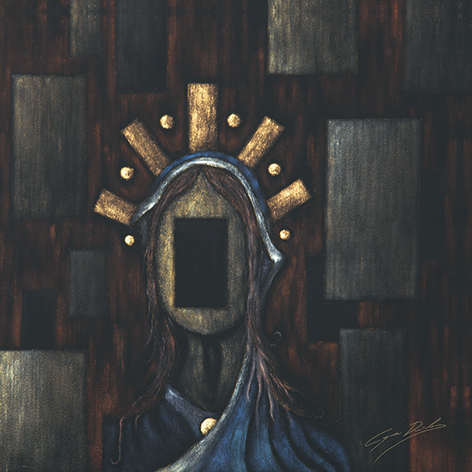 Universal Totem Orchestra was a side project of Italian band Runaway Totem, which over the years since their formation in 1998 and two albums is now a full fledged zeuhl band. Their third and latest album is Mathematical Mother. Today the band is Ana Torres Fraile (vocals), Antonio Fedeli (saxophone), Daniele Valle (guitar), Fabrizio Mattuzzi (keyboards), UTO G. Golin (drums), and Yanik Lorenzo Andreatta (bass guitar). They are also joined by guest vocalists Adriano Vannini, Francesco Festi, Oscar Cordioli, and Samia Charbel, as well as musicians Alessandro Andreatta (guitar), Gianni Nicolini (tabla), and Mirko Pedrotti (vibes) on different individual tracks. The music is a fantastic blend of zeuhl and other musical elements. The opening track, “Terra Cava,” is 14 minutes of zeuhl bliss that begins with female scat singing, vibraphone, and guitar trading the melody line back and forth. Ana’s beautiful operatic soprano adds a wonderful touch that is absent from zeuhl meister Magma. Yanik’s bass then takes over and the track ends with a Turkish mid-Eastern theme. “Codice Y16” more closely resembles Magma with its vocal harmonies and percussive interlude. On the third track, “Eligio del Dubbio,” the band takes zeuhl to new dimensions, again with beautiful operatic vocals, an ambient interlude, eventually integrating African and Arabic themes. “Architettura dell’Acqua” then takes you on a dizzying dance of jazzy piano, drums, keyboards, and guitar alternating with quiet and beautiful vocal passages. “Città Infinite” is another prog jazz / zeuhl hybrid that also adds some Goblin Suspiria touches. The album closes with “Mare Verticale,” a more dissonant King Crimson influenced track than the rest of the album. You can listen to this whole album in one sitting, or listen to individual tracks, without losing any of the enjoyment. If you want to hear an evolution of zeuhl music, then Mathematical Mother is for you.