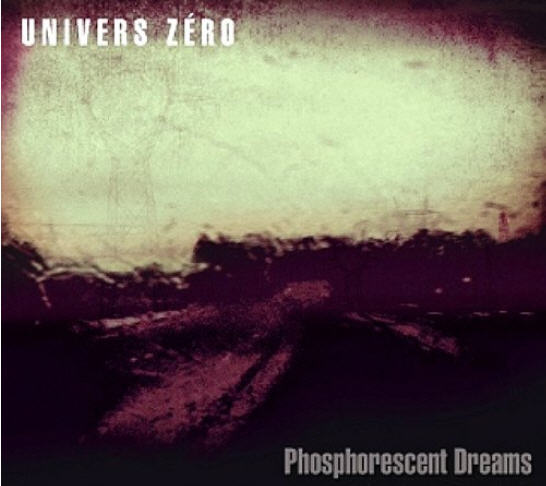 It’s been a full four years since the band’s last release Clivages in early 2010, and a lot of evolution can occur within four years; in this case it seems like a well needed review of direction and general retooling has taken place in the interim. Gone are all the double reeds along with Michel Berckmans, violinist Martin Lauwers, and keyboardist Pierre Chevalier. Kurt Budé (clarinets, saxes, percussion), bassist Dimitri Evers, and of course drummer and bandleader Daniel Denis are the surviving members from the last lineup, along with new members Antoine Guenet (keyboards) and Nicolas Dechêne (guitars), resulting in the leanest and meanest Univers Zéro lineup since Heatwave. There are several guest appearances for trumpet and trombone, track depending, adding some extra punch to the proceedings, and Nicolas Denis (presumably Daniel’s son) takes the drum stool on one cut “Très Affables.” This new grouping clearly delivers a more rock edge in the arrangements, but their sound is still unmistakably Univers Zéro. Of the seven tracks on Phosphorescent Dreams, most clock in at a longer than usual nine minutes, and the compositions are roughly split this time between Denis and Budé, bringing in a lot of fresh ideas and room to stretch out in plenty of new directions that were previously unexplored. And so begins a new chapter of reinvention for one the best bands around.