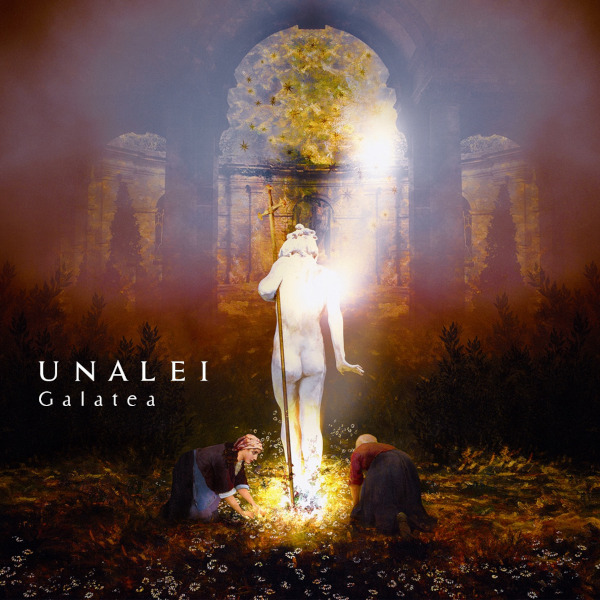 Here is a new album from the Italian band Unalei that was a pleasant surprise. Galatea is a concept album about how water connects geography and different peoples.  This self-released album straddles folk, ethereal, and progressive (symphonic and cinematic) music with English, Italian, Spanish, and Russian lyrics. Unalei is Karim Federico Sanna’s solo project; he is joined on Galatea by Alessandro Sforza (Ars Onirica, Invernoir), Dario Vero, Fabio Fraschini (Arctic Plateau, Novembre), Federica Catalano (ex-Lenore S. Fingers), and Massimiliano Pagliuso (Novembre). Mixing natural ambient elements such as bird song, foot steps, clopping horses, church bells, etc. with acoustic and electronic instrumentation makes for quite an enjoyable listening experience. The majority of the songs on this masterful album are intricately crafted delicate compositions. The one exception is the fiery “Gloria” with Spanish and electric guitars powering a gypsy influenced folk song. Then there is the hauntingly beautiful acid drenched “Azalea” and the exquisite instrumental filigree evoking an image of a music box ballerina, “Portagiole.” Each of the eight songs stands on its own, carefully orchestrated, and skillfully executed. Galatea would have been a contender for my top ten list of 2021 releases had it been released this year instead of December 2020.