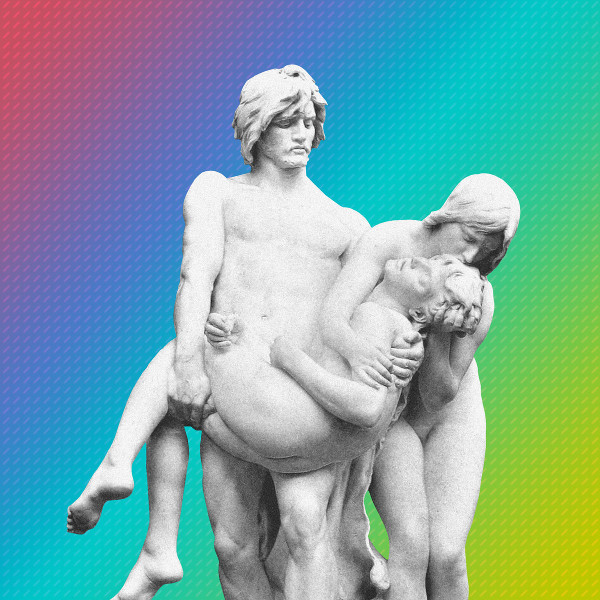 After three EPs of gloomy, heavy rock with vocals (which I confess to have never having heard, going only on second hand reports), Ümit! has shown a completely different, more relaxed and fully instrumental side of their sound on their first full-length release, The Spirit of Ümit! There’s more than a subtle hint of where their sound has transitioned in the title of the album’s ten minute opening track “Ummagumma.” Think densely layered expansive atmospheric soundscapes that recall the classic era of Pink Floyd in their ‘soundtrack’ period, before they hit the big time with Dark Side of the Moon, though to be fair those soaring Stratocaster guitar stylings followed David Gilmour from Meddle clean out to The Wall and beyond, and Ümit! guitarist and bandleader Jean d’Auberlaque is an exceptional student of that sound. Yes there are a lot of solos here, solos upon solos, layered over one another in an elongated tapestry of psychedelic bliss, with organ and other keyboards featuring as well. The band is a trio, also featuring bassist Von Irme and drummer Peter Sherman, though make no mistake, the guitar is the star of the show here. The overlapping melody line that opens “Cobra Verde” is delivered on a synth patch that recalls an Andean flute before it morphs into a funky rock groove with delayed guitars tripping in cycles ultimately finding its way back to the original theme and variations. Closer “Mark of Cain” delivers a bed of atmospheric synths for the guitar to build and layer on over its nine minute duration, recalling a bit of Phaedra era Tangerine Dream. If that style floats your boat, then this could easily be sides three and four of a two-LP version of Obscured by Clouds.

Rare Bird had lots of keyboards