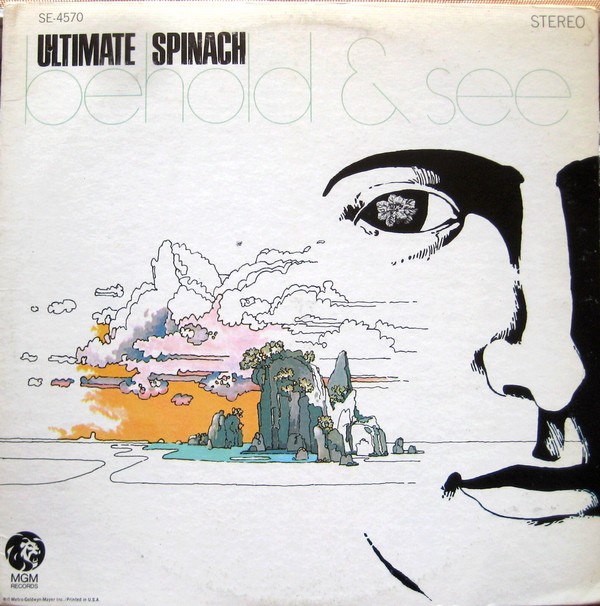 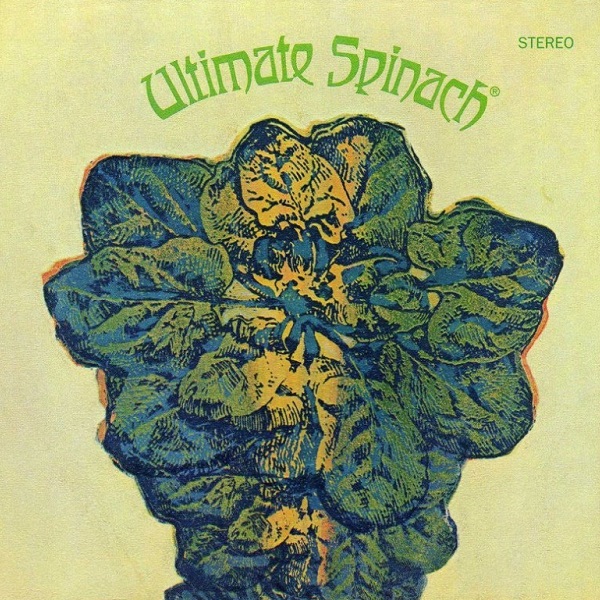 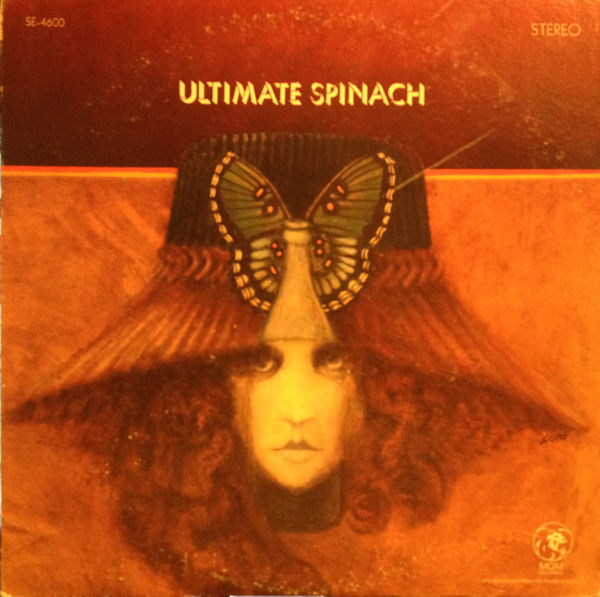 Long before the British domination of all things progressive, progress was being made in the post-San Francisco underground scene in many US cities, among them Boston. The fact that producer Alan Lorber tried to capitalize on this scene, taking three bands in particular — Ultimate Spinach, Orpheus, and The Beacon Street Union — into his 'Bosstown' marketing scheme and cutting a big deal with MGM Records (which generated a lot of media attention but ultimately flopped) doesn't change the fact that some of these bands had a lot of interesting music to offer.

Ultimate Spinach began in mid '67 as the brainchild of bandleader / keyboardist Ian Bruce-Douglas, who wrote all of the band's material on both their first and second album, as well as bringing in odd instrumentation like recorders, sitar, vibes, and theremin. The first album is a mixture of styles, from the typically anti-war rock of "Dove in Hawk's Clothing," the naive social commentary of "Plastic Raincoats / Hung up Minds," to more adventurous and unconventional tunes like the instrumental "Sacrifice of the Moon," four short vignettes combining folk, classical and baroque elements, "Pamela," the multi-part Satie influenced "Baroque #1," and the lengthy "Ballad of the Hip Death Goddess," with eerie vocals by singer / second guitarist Barbara Hudson. Their hippy-trippy flower-power lyrics, laughable by today's standards, were clearly a product of the times, as evidenced by the opening lines of "Your Head Is Reeling": "Collapsed laughter running falling tripping across the minefields of your thoughts dissolved wondering who am I why should I be alone?" and other such sophomoric profundity.

Fortunately, by the time of the second album, the writing had evolved to a new level, gaining a better focus, fusing elements of jazz and psychedelic rock into the instrumental style they had already developed. The material is split between a couple short song oriented pieces featuring guest vocalist Carol Lee-Britt, and several longer more instrumentally oriented tracks. Two of these, "Suite: Genesis of Beauty" and "Fifth Horseman of the Apocalypse" are lengthy multi-part suites that stretch the confines of the pop / rock idiom. "Mind Flowers" is pure electric psychedelia with multi-distorted guitars swirling with effects, while the raga-influenced "Fragmentary March of Green" is pointed social commentary of materialism, wealth and success. And while the vocal section of "Jazz Thing" is rather pedestrian, the arrangements driven by vibraphone and electric piano, as well as an expanded instrumental section with solos for recorder, are nothing short of innovative. Call it proto-prog, proto-goth, or whatever you will, fact is that it bears many similarities to what would later be called prog. For some unknown reason, one track "Visions of Your Reality," which was on the original LP, was dropped from the CD reissue (not a great loss, though), and all the tracks were reordered.

Mysteriously, Ian Bruce-Douglas disbanded the group before the second album was even released, leaving a three-album contract unfulfilled; so it was up to producer Lorber to re-assemble musicians to do a third Ultimate Spinach record. Only Barbara Hudson and drummer Russ Levine remained from the second album, while ex-Chamaeleon Church members Ted Myers and Tony Scheuren were brought in as chief writer / vocalist / guitarist and keyboardist respectively. Russ' brother Mike Levine became the bassist, and guitarist Jeff Baxter was enlisted (who would later go on to greater success with Steely Dan and The Doobie Brothers). With a new leader, the band's focus changed from longer instrumentally oriented pieces to a shorter song format. Indeed, the lyrics and songwriting are probably superior to either of the earlier albums, but it's also a lot less explorative and progressive. In addition, the inclusion of a cover of "Just Like Romeo and Juliet," Baxter's absolutely banal rocker "Daisy," and a group blues jam titled "Eddie's Rush" do little for the overall cohesiveness of the album. The Myers / Scheuren penned tracks, if taken on their own, constitute an excellent body of work, with "Happiness, Child" and "Strange Life Tragicomedy" being especially worthy of note. Again, one track on the original LP, the country flavored "Sincere," which had some nice pedal-steel work by 'Jeff the Skunk' was left off of the CD release. Stupid.

In short, these can be recommended conditionally upon the understanding that this is indeed music of an earlier era. Given that caveat, Behold & See is probably the one that would be of greatest interest to prog fans.