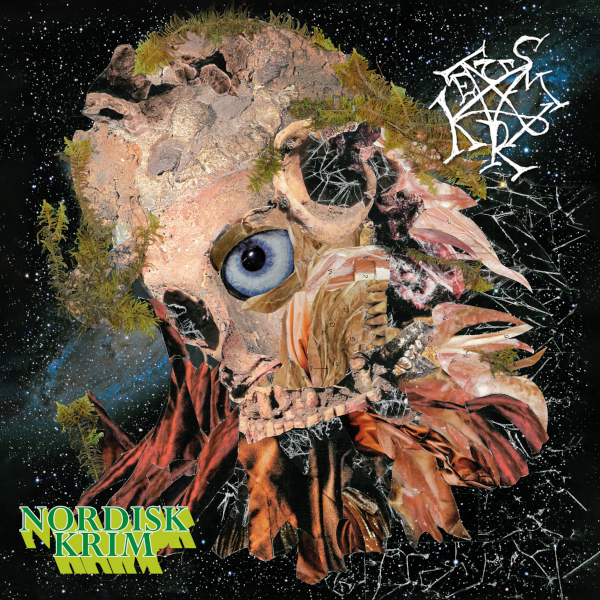 Two years after their last album, Norwegian prog rockers Tusmørke are back with a new concept album, Nordisk Krim. On this new album, the band realizes a dream they have had since they formed in 1994, to record an album about the Danish bog bodies — human cadavers that have become naturally mummified in a peat bog. As children, the Tusmørke musicians visited museums in Moesgaard and Silkeborg and were fascinated by the sight of the black preserved bodies with orange hair. The album title Nordisk Krim refers to the belief that the bog bodies were originially homicide victims. Scientists later determined that these bodies were instead sacrifices to the gods, with their souls released to dwell among the stars in the heavens. Nordisk Krim draws from this knowledge and presents ten tracks spanning two LPs, clocking in at 82 minutes. The music varies from the whimsical to dark gothic progressive folk rock. Most of the songs have English lyrics though there is the occasional Norwegian. Tusmørke simply gets better with each subsequent album, and Nordisk Krim really rocks! Their judicious use of Mellotron, flute, guitars, keyboards, etc. make for a wonderful listening experience that shares some touch points with Jethro Tull. I love that they are skilled at taking simple repetitive riffs and make them exciting. Some of my favorite tracks are the instrumental “Dogs Flesh,” the slimy “Moss Goddess,” the gentle “Black Incubation,” the heavy prog song “Et Moselik,” and the excellent album closer “Mysteries of Sacrifice.” Certainly an odd subject for a concept album, but Tusmørke is able to pull it off and release another great album.