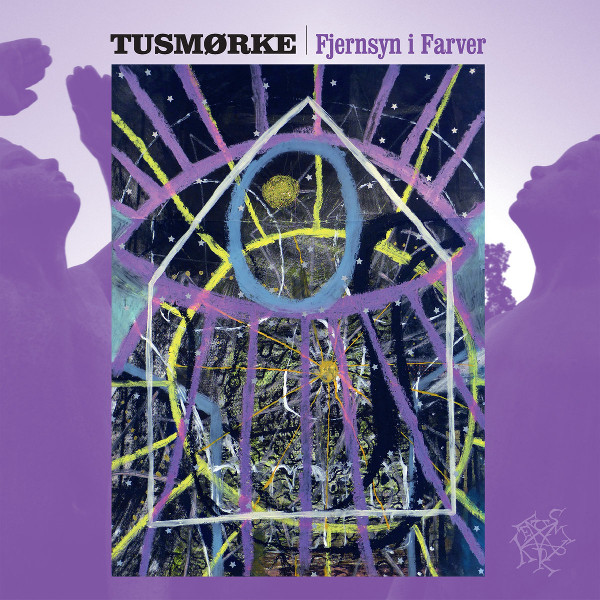 This Oslo band has been pumping out the music lately, this being their third release in the last year or so. And (barring the diversion into children’s music with Bydyra) with Fjernsyn i Farver they continue to maintain a high standard of progressive rock originality, fording their own spin on classic sounds. All of the usual factors are present — classic keyboards, songs featuring multiple sections of differing style, and so on — along with a sense of humor. Although my lack of understanding of the Norwegian lyrics may cause me to think some parts (such as the vocal breaks in “Kniven i Kurven”) sound humorous when they’re intended as serious. And maybe my attitude is influenced by all the pictures I’ve seen of them wearing costumes. In any case, while the music is complex enough to invite theory-geek analysis, it’s also fun, almost as if it’s all done with a wink acknowledging the occasional silliness. The message is that progressive rock can be fun without resorting to parody. The keys, guitars, bass, and drums are supplemented by some nice flute playing, which emphasizes the general light touch to the proceedings. The level of craft and sophistication seems to have notched up a bit since the previous non-kids’ album, Hinsides, and every track features numerous nice touches, like the the sweeping synthesizer sounds that start “3001,” which might seem more at home in an Ozric Tentacles space jam, the grooving percussion on “Death Czar,” which contrasts with the grim lyrics (in English), and the flute / bass / clavinet trio that starts “Tøyens Hemmelighet,” which has a slight flavor of Jethro Tull. Fjernsyn i Farver continues the Tusmørke trend of getting better and better, managing to be musically engaging and immensely entertaining at the same time.