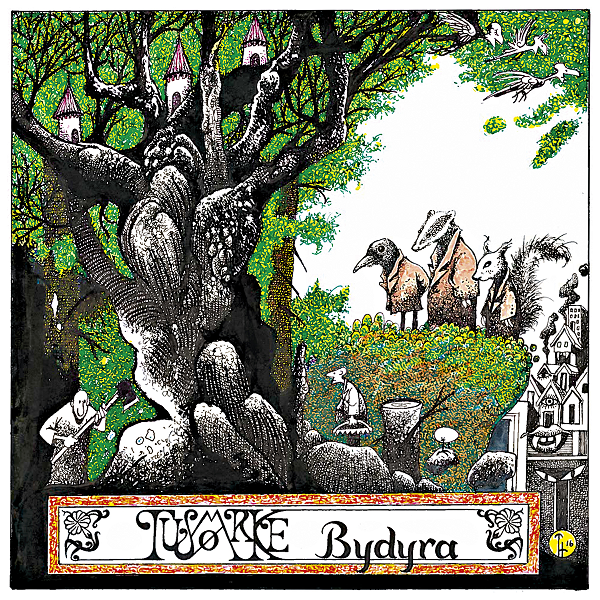 In the spectrum of Scandinavian progressive rock, Tusmørke skews generally towards the folksy, pastoral side rather than the heavy, dramatic side. And while members of the band are also involved with White Willow, Wobbler, and other groups, Tusmørke has a distinctive identity of its own, at least on Bydyra — I haven’t heard any of their others, so can’t speak to them. That distinctive identity involves creating music explicitly aimed at children. Most of the tunes here feature one or more children singing, sometimes a whole bunch of them, and the adult voices are modified in chipmunkish ways. And if this brings to mind the sound of Gong in the pre-fusion days, you’re definitely thinking in the right direction, like the sillier moments of Camembert Electrique or the Planet Gong Trilogy all strung together and sung in Norwegian. And like classic Gong, the frivolous vocal aspects are backed by some seriously good playing. In Norway, this would be the perfect way for adult prog fans to get their kids into the “right” music. Outside of Norway, it may not appeal to kids due to the language barrier, but adults can enjoy the good music. Some tracks sound like traditional children’s songs done up in a proggy way; others sound like solid proggish folk-rock with the kid-oriented vocals added on top. In either case, it is the kind of thing that might turn off some listeners, but I think anyone who is into Gong could appreciate Bydyra. Check your adult cynicism at the door and just enjoy — a little goofy fun is welcome in a world that can seem so serious.