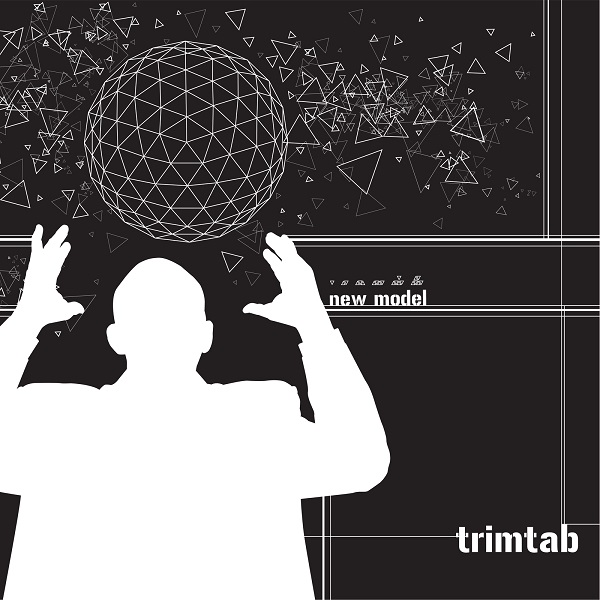 At last year's Seaprog festival, Trimtab was one of the surprise crowd favorites. At the time, those who had heard them only had the band's 2010 CD to go on, and while it's a good recording with some excellent tunes on it, it provides little hint of what a powerhouse the band would become over the years since its release. Leader Jason Goessl is a guitarist who's hard to pin down: equally at home with powerful fusion leads, jazzy extended chords, twangy surf melodies, down-home acoustic picking, deep dub effects, and pretty much anything else that involves something resembling a guitar. This flexibility leads to Trimtab being a real chimera (in the mythological sense: a beast that's part lion, part goat, and part snake). You could probably call them fusion at the core, but it's fusion with touches of surf-rock and reggae (or even ska) prominent in the sound. Can't say I've come across this combination before, and it's important to note that there is not a hint of gratuitousness or incongruousness about Trimtab. The elements of their style may be unusual (if not unique), but it all integrates into one thing. Bassist Phil Cali keeps right up with Goessl's twists and turns, providing sparse reggae bottom or fiery fusion riffs as needed. His facility and good taste provide the perfect complement to the lead parts, whether busy and rhythmic or massively distorted. Many fusion drummers since the genre's inception have been flashy ultra-technicians, but Brian Oppel takes a different approach to this music, concentrating on subtlety and power in equal measures, not averse to getting out the brushes and laying back to provide a tasty counterpoint to the quieter moments. He's also a master of using his kit in unorthodox ways, like using parts of the drums other than the heads, though that's often not apparent from listening to a recording. Believe me, it's a kick to watch him live. Trimtab is an exciting new voice in adventurous instrumental music, and this model is both new and improved!

Orbit Service - Songs of Eta Carinae – I wrote about this band’s previous effort, Twilight, back in #31, and while the basic idea is very much the same this time round, I’m going to give Eta Carinae the nod as a better album. The main...  (2007) » Read more