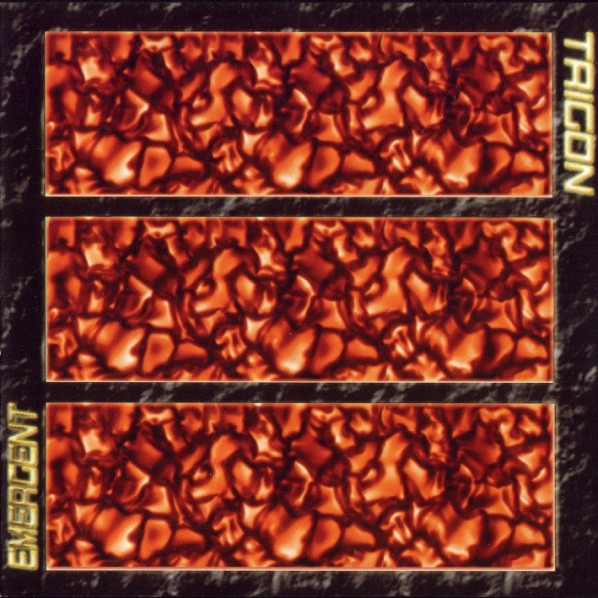 This amazing psychedelic rock dynamo from Germany (now a trio of guitars, bass, and drums – by brothers Rainer and Stefan Lange, and Tihomir Lozanovski respectively, with former keyboardist Udo Gerhards guesting on several tracks) has released numerous live albums over the years, but this latest studio recording joins only a handful before it. The recording might as well be live; one can be certain that it was essentially recorded live in the studio, as the three players feed off each other’s ideas as they jam through this amazing one-hour plus instrumental set. The energy is dialed up to high throughout, with blistering guitar work leading the way and defining the boundaries, while the rhythm section propels each of the thirteen pieces forward with a seemingly effortless finesse. One might find Trigon’s style comparable to the heavy guitar driven parts of Ozrics, but with all the dweedly synth embellishments and flute removed; indeed, this is that raw and edgy hard-driving sound that rips through the night with reckless abandon. This is what Trigon does, and they do it so well that it’s hard to fault the band for keeping to such a singular vision. When they do switch gears and slow it down, it’s never long before they are back driving it over the top again.