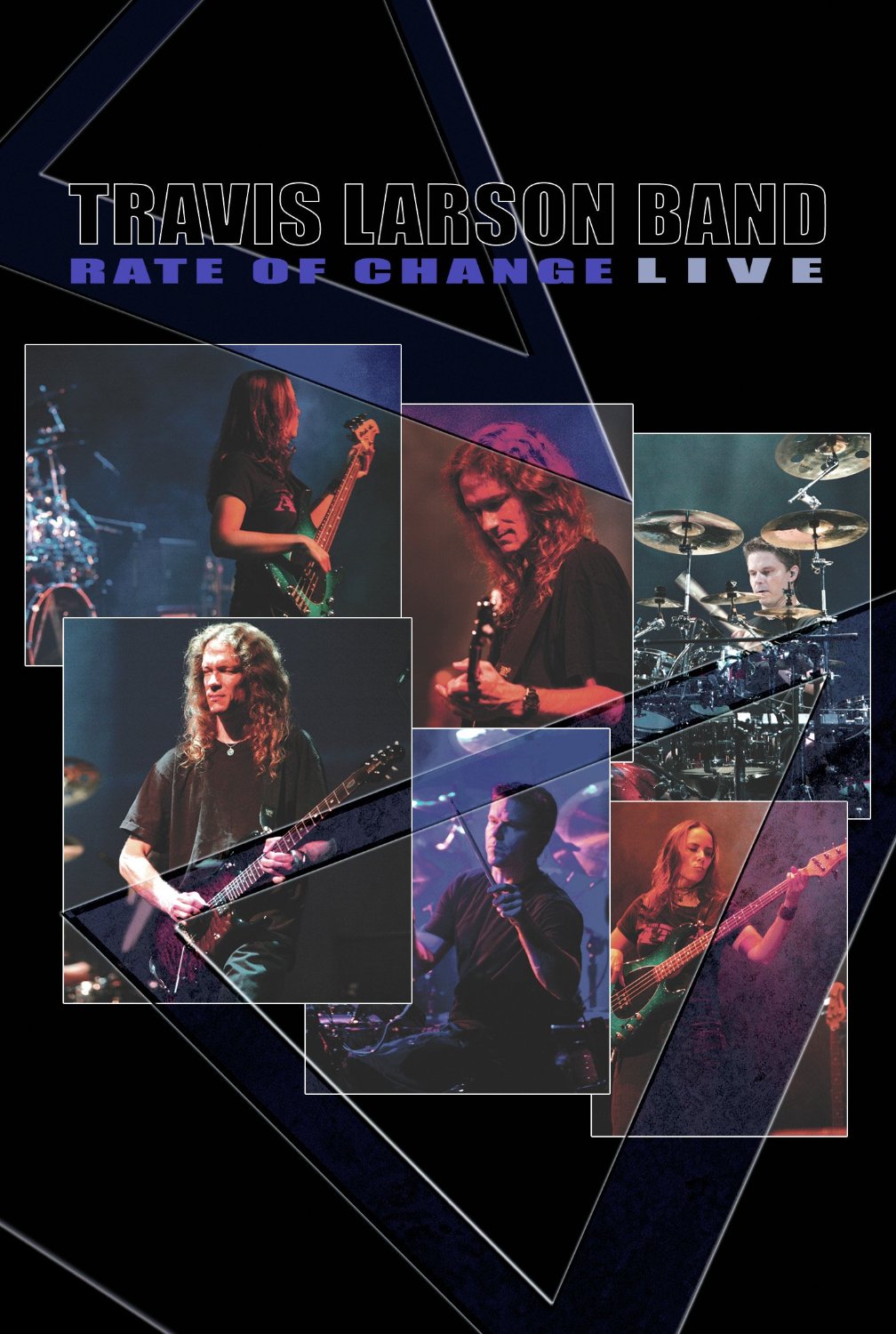 This concert video commemorates The Travis Larson Band’s tenth anniversary. With four studio albums and a ton of touring under their belts they’ve made a name for themselves as purveyors of white-hot instrumental fusion in the Steve Morse/Eric Johnson vein (though without as much country or pop in their arrangements). Hailing from the central California coast, this video captures the trio of Travis Larson (guitar), Jennifer Young (bass), and Dale Moon (drums) playing to an enthusiastic home crowd and running through a monster set list taken mostly from the last two albums, 2006’s Rate of Change and 2004’s Burn Season. The songs run the gamut from melodic mid-tempo toe-tappers like “Winter Still” to steamy barnburners like “Axe to Grind” to proggy workouts like “Dirty Magic” that recalls Rush’s “La Villa Strangiato.” Many of the songs allow Larson to show off his command of the guitar’s many tonal and stylistic possibilities, whether it be lightning-quick shredding, tapping, or clean, melodic work. He even plays with some sophisticated delay and looping effects during his solo spot. Moon and Young are no slouches either, the latter especially proving herself a virtuoso capable of giving Tal Wilkenfeld a run for her money (and she’s darn cute, to boot!). Some may find the band’s music a bit clinical, and there’s a question if this style of progressive fusion hasn’t been thoroughly mined already, but I found the entire show to be entertaining and I never tired of watching Larson and crew show their stuff. The second DVD includes a lengthy documentary capturing the recording of Rate of Change, plus another home made video of the band in their studio. Plus, Larson walks the viewer through the details of his guitar rig, and there’s even bonus live footage of the band from 1999. Recommended.