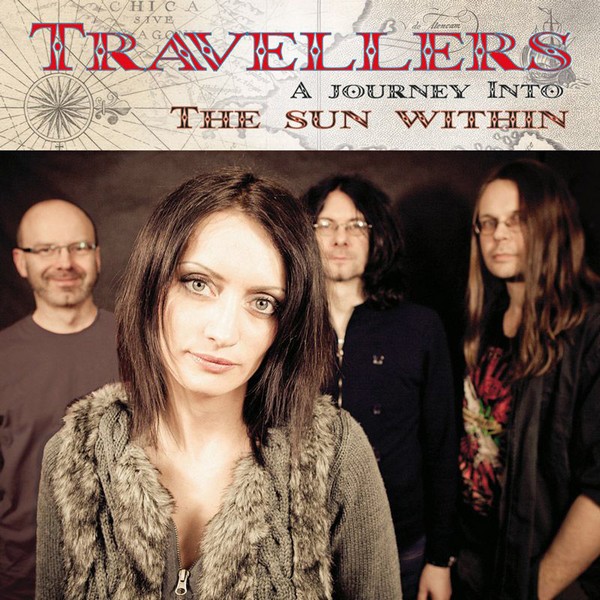 Travellers was born out of necessity. Ex-Collage drummer Wojtek Szadkowski had some songs that didn’t lend themselves to his other projects, Satellite and Strawberry Fields, so he rounded up singer Marta Kniewska (aka Robin), guitarist Grzegorz Leczkowski and synth player Krzysiek Palczewski and voila — virtual band. Szadkowski laid down the core instrumental tracks at his home studio with the guitars and vocals recorded separately. This has robbed the tracks of organic depth, though Szadkowski always makes the most of this approach and listeners will likely judge this album on the merits of the music, not on how it was made. On that score there’s much to recommend here. I found Robin’s vocals on the Strawberry Fields effort a bit one-dimensional and that’s still the case here, though she does give the tracks an ethereal beauty that recalls celestial pop singers like Erin Walton (Autumn’s Grey Solace). The songs mostly ply a mid-tempo haze of dreamy pop-rock that can be compared to Solstice and are designed to tickle the ear and remain stubbornly positive, even at their most enigmatic. Songs like “I See the Light” lift ideas from one of Szadkowski professed heroes, The Beatles circa 1967, while others (“The Sun”) are almost blissfully Jon Andersonian. Fortunately, Leczkowski’s guitars plus judicious use of synths and percussion (programmed and ethnic) keep everything grounded. The bottom line is that once again Wojtek Szadkowski has demonstrated a talent for exceptional music making. Whether or not this ends up a one-off remains to be seen.