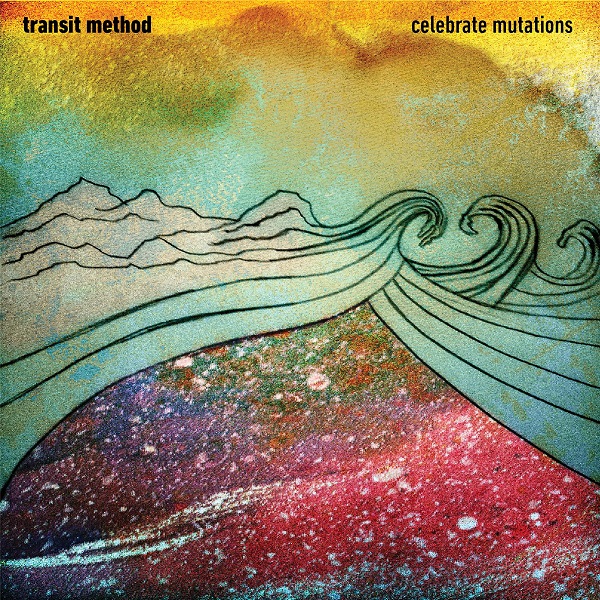 Celebrate Mutations is the second release by Austin-based Transit Method. Originally hailing from Belle Mead, New Jersey, they released their debut disc in 2011. They moved to Austin in 2012 and subsequently downsized to the trio of Matt LoCoco (lead vocals, guitar), Matt Ficarelli (bass), and Mike LoCoco (drums). The mostly instrumental songs on Celebrate Mutations flow seamlessly from one track to the next, fusing grunge, progressive rock, and heavy metal into something quite enjoyable and at times melodic. There is some odd phrasing, and unconventional song structures percolate throughout the five tracks. The disc opens with “Artificial Genius” with the tried and true I-IV-V-I rock chord progression, and over the first four minutes you experience some aggressive and powerful electric guitar. Then Matt’s Mars Volta style vocals enter the mix. “Radioface” is the second track and also the album’s first single, released in July 2014. This leads into “Root Rot,” another high-energy instrumental, followed by the raw power of “Parachute” with its heavy bass line and some Ozzy influences. When the closing track “M.T.B.” begins, you being to wonder if Transit Method has jumped the track as it opens with a pleasant acoustic guitar intro. This rapidly gains momentum and builds to powerful riffing. “M.T.B.” is an excellent choice to close the disc and in my opinion the best track. I also detect a bit of West Coast psych phrasing ala Love's Forever Changes. Overall quite an excellent effort for their sophomore release.