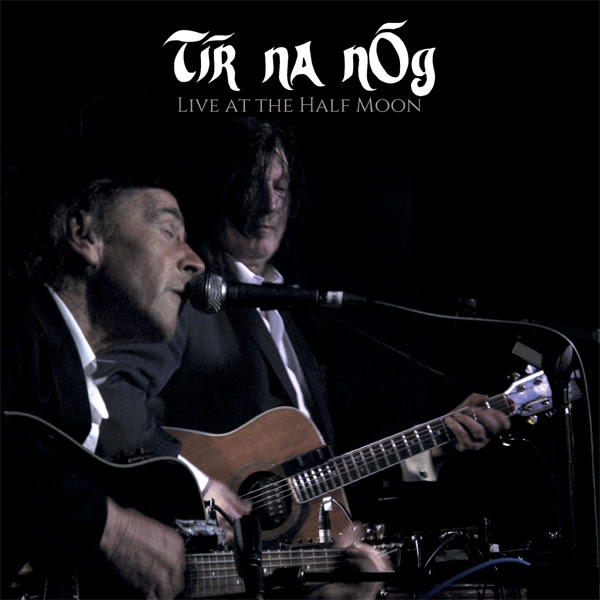 June 6, 2016 sees the release of Tír na nÓg’s live performance from last fall, Live at the Half Moon. This acid folk duo were active in the early 70s and then on hiatus until Fruits de Mer helped to restart their career with a new and younger fan base. The 45 minute set presented on this album is a collection of ten songs evenly split between their early days and today. The concert starts with “Time Is Like a Promise” from their self-titled debut album in 1971. Next is “You in Yellow” from their 2014 FdM single I Have Known Love and also their fourth full length album, 2015's The Dark Dance. Then they step back to 1971 for “Looking Up,” followed by their new songs “Ricochet,” “I Pick up Birds at Funerals,” and their Silver Apples cover “I Have Known Love” from FdM and Dark Dance. They then perform a new song, “Eyelids into Snow,” followed by three songs from the early 70s to close the concert, “The Lady I Love,” “Free Ride,” and “Two White Horses.” Live at the Half Moon is quite a magical performance, mixing acoustic and electric guitars. Their performance of their early work is as vibrant today as 40 years ago and it interweaves well with their new songs. I particularly enjoy the live version of “Ricochet.” It may take some digging to find their early releases, I know that it took some effort on my part in 2008 to find them, so Live at the Half Moon is a great place to start for new listeners.