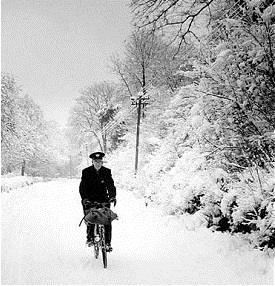 On spinning this new FdM LP, you would swear that you were listening to a West Coast 60s garage-psych band. How wrong you would be. Tor-Peders was a Swedish band formed in 2007 by guitarist Jonas Redmo. Jonas gathered his friends Kg West (organ), Johan Efraimsson (drums), and Tobia Resch (bass) for their first rehearsal and recording session in a Stockholm basement in the Spring of 2008. A year later they had their debut gig and released a very limited 7 inch. Johan Efraimsson left the band and was replaced by Johan Svedmyr, which led to more rehearsals and song writing, enough to fill an album. Jonas had made an initial contact with FdM and then tragedy struck. Jonas was run over by a car in August 2011 and Tor-Peders ceased to be, causing their debut album to be put on ice. Then last year as Keith Jones/FdM was working on the Me and My Kites release, he recognized the name David Svedmyr, Johan’s brother, and reconnected with the other band members to finally release this album of excellent organ-propelled trippy electric guitar instrumentals. The first song “Aye Makami” opens with surging white noise and a cheesy organ riff leading into some great surf guitar work. Think of a mellower Dick Dale and you will have an idea of what this sounds like. And in the immortal words of American Bandstand, “it has a great beat, you can dance to it.” The second track is a cover of George Martin’s “Theme One.” Van der Graaf Generator’s iconic version is hard to beat, but Tor-Peders took it one step further. They mixed their garage band psych surf sound with a bit of jazz and wah-wah guitar to create one of many high points on this disc. Track three is an interesting Krautrock psych piece that starts with drums and organ. Half way in Jonas’ trippy guitar takes charge. Then with about a minute to go, it sounds like the song is ending. The remainder is ambient celestial chords like early Pink Floyd. The fourth track has some very heavy organ and lyrical guitar work that brought to mind Shocking Blue’s “Venus.” Each track is different, exhibiting many other influences from Krautrock to Spaghetti Westerns. Then there are the final two tracks on the 7 inch. “Signed tp” is a dark folk psych guitar track that evokes Ash Ra Temple’s “Day Dream” from Starring Rosi. And the final track “L’esprit d’escaliere” is as close to “The House of the Rising Son” as you can get without being a cover. All in all, one of the best releases on FdM this year.