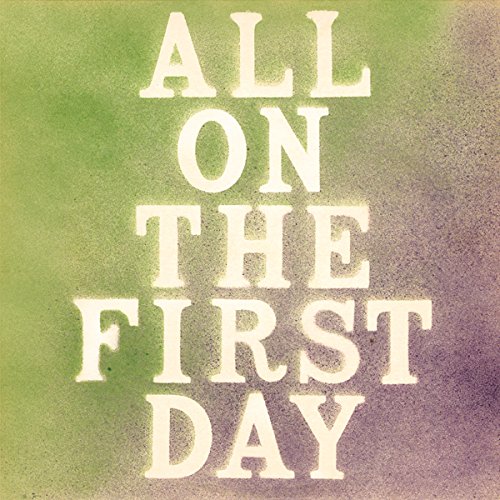 The original 1972 private LP pressing of All on the First Day (only 99 copies with spray painted cover) by the psychedelic folk trio of Tony Doré, Carolyn Doré, and John Clark is one of the rarest and most sought after artifacts of the period. Another private LP pressing was done in 1997, then Shadoks label gave it an LP and CD reissue in 2001 with four bonus tracks (including the title cut, which was not on the original), Gaarden records in the US reissued it on LP in 2010 with only the title cut added, but two years laster issued Blue Clouds, which featured only the bonus tracks on the Shadoks LP and a half-dozen more. The track listing on this Tapete label reissue (LP and CD, 500 copies each) features the same 14 cuts on the Gaarden label reissue seven years ago. The first thing that strikes the listener is the band’s do-it-yourself ethic, band member John Clark (bass, guitar, percussion, effects and vocals) acting as the band’s technical director and producer, while Tony Doré (acoustic and electrc guitar, slide guitar, mandolin, organ, flageolet, and vocals) led their very eclectic and experimental songwriting approach, while Carolyn Doré sang and played percussion and tambourine throughout, plus kazoo on one track. Only one guest, guitarist Simon Burrett (who would eventually join the group, along with keyboardist Rod Jones and harmonica player Jonny Owen under a new band name ‘Forever and Ever’), appears on a couple tracks. The strange mix of folk stylings, unusual and psychedelic sounds, and simple production ethic, will bring to mind the music of The Incredible String Band of a few years earlier, perhaps with some other influences at work (the promo sheet mentions Pentangle and US band Pearls Before Swine), though TC&J’s music is a truly original creative blend of ideas that doesn’t really match anything else from its time. Several of the tunes here, like “Don’t Sing This Song,” “There Are No Greater Heroes,” “The Snowdon Song,” the title track, and “Swordsman of Samoa” are truly memorable and approach a range of different subjects. John Clark passed away in 2005, but Tony and Carolyn, along with Burrett and Owen, are planning a full band reunion tour in 2018 to support this reissue.