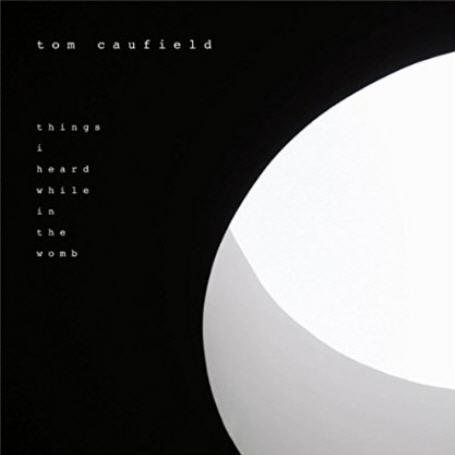 Caufield calls himself a contemplative guitarist, and for an idea as to what that means exactly, consider any of the three tracks on this disc, which is his sixth release (he has released three more since this one), but mainly the first “Waif Among The Reeds,” which features an extremely minimalist bottom end: one-two brush drums and a slow repeating bass line to accompany it, over its near 24 minute duration. The top end features Caufield’s acoustic guitar wanderings, which at first sounds like mere noodling improvisation but around the three minute mark it’s joined by organ, electric piano, and other keyboard sounds that support the composition impeccably, which is where the listener may first recognize the brilliance of the guitartistry at hand. This is ambient music overall, but not the guitar parts. Caufield engages us with some amazing spanish influenced picking and draws the listener in with beautiful melodies that ride the surface of this piece as it grows, slowly morphs, and develops with strong emotional beauty, looping back to recap previous ideas occasionally and repeat again with variation. Influences? I don’t know, perhaps Pierre Bensusan, Ralph Towner or William Ackerman are in evidence, but this doesn’t really sound like any of those guys; if this had come out in 1985 it would be right at home in Tower’s new-age section, where one could find all kinds of instrumental music from Mike Oldfield to Pekka Pohjola. By contrast, the second cut “Rubies On Fallen Leaves” is a mere four minutes, less minimalist and more explorative than the first, based on a subtle yet truly majestic guitar composition, supported by textural synths and other instruments, along with active studio effects. “Palace of Broken Mirrors” returns to the minimalist rhythm similar to “Waif..” but with keyboaards sharing the spotlight equally with guitars (and some effected electric guitars also this time), and support of what sounds like a string section, developing over the final eleven minutes of the album. Things I heard While In The Womb won’t challenge the senses or break any barriers, nor is it a showy display of instrumental virtuosity, instead simply restrained and beautiful, creating a soundworld that a listener can easily get lost within.