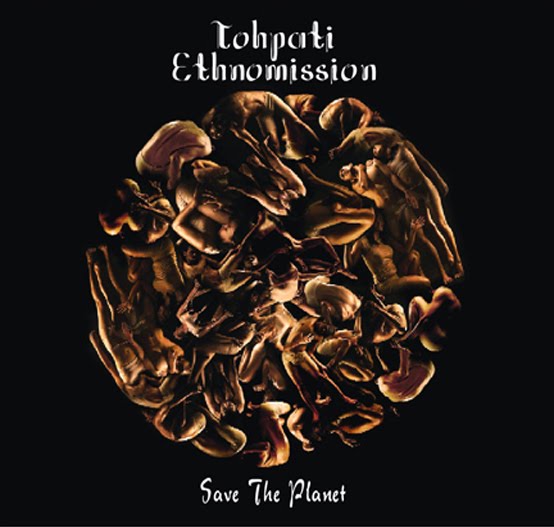 This album has so much going for it I'm not sure where to begin. When you start it up, you hear a brief bit of bass, an interesting ambient wash of indistinct notes, and some echoing flute. Then the rhythm kicks in and you get what might be called energetic jazzy Latin fusion, with guitar and flute in the lead and some great percussion; mallet instruments provide additional flavor. The upbeat sections are contrasted by some quieter moments featuring some lovely sophisticated chording from the guitar. Then we move into the improvised section, with some great spacy work from both the lead players. The percussion keeps us on our toes, however, and all the weird noises build up to a fast unison melody between the guitar and marimba. I'm reminded of Caravanserai-era Santana crossed with Gazeuse-era Gong. The second track introduces yet another element, Indonesian vocals, which are melded into the sound more like another instrument than as the kind of lead role that vocals usually fill. The tracks range from short pieces, usually with scaled down instrumentation, to longer workouts, some of which have distinct sections. The short tune called "Drama" is a standout: 1:47 of fusion intensity that would have done Mahavishnu proud. The main takeaways are that Tohpati is an outstanding guitarist and these are great compositions. It's refreshing to hear a guitarist with his own voice - while he's often playing lines that are technically difficult, they never sound much like what we normally hear from a hot guitarist. This guy is definitely not a clone of Holdsworth, Vai, Satriani, McLaughlin, DiMeola, or any other influential guitarist you can name.

Waldteufel - Sanguis – Waldteufel is the German duo of Markus Wolff (primarily vocals, drums, and percussion) and Tyrsson Sinclair (other instruments, vocals, etc.) and this is their fourth full-length release. Their music...  (2008) » Read more

Doringo Takes Us to Vrlika