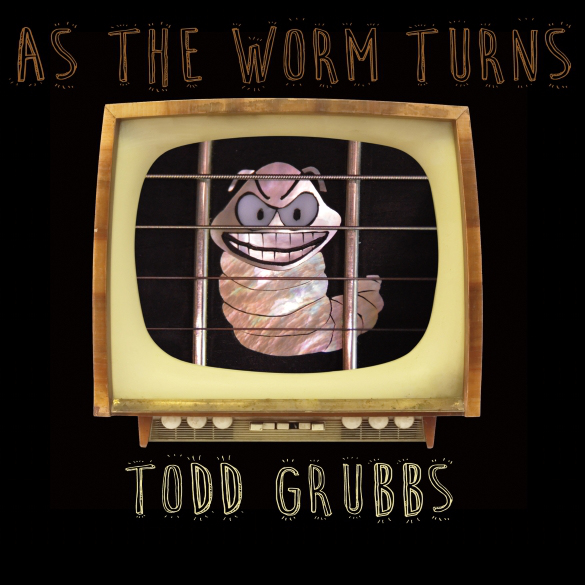 Listening to an album like As the Worm Turns brings to mind a lot of different thoughts. Here’s a Florida guitarist I’ve never heard of putting out an album featuring guest appearances by fairly well known singers (Zak Stevens of Savatage, John Wesley of Porcupine Tree, and Todd Plant of Cryptic Vision). A little research shows that Grubbs has a number of previous albums in his catalog, apparently mostly instrumental, and is known as a shredder on the guitar. With the exception of one that’s just over eight minutes, all the tracks are of modest length, two to five minutes. And to be honest, there’s nothing especially complex here to put it into the realm of “progressive rock.” But the thing is, I really enjoy this album. The songs are really well written, and while they vary somewhat stylistically, to my ear they hearken to that time in rock music before genres were graven in stone, exhibiting the kind of range that Led Zeppelin had, encompassing heavy stomping blues rock, delicate acoustic ballads, and more. Grubbs’ range as a player reminds me a little of Mike Keneally in that he can handle pretty much anything but isn’t really a show-off. Another part of the appeal is evidenced by the longest track, “Stay Alive,” where there is a beautiful string arrangement in the first half and a killer riff in the second. The guest vocalists are all excellent, and in addition to the “name” singers, the relative unknowns Emily Velasco and Melanie Sims are both very strong. For fans of progressive rock who also enjoy more mainstream rock that flirts with progressive elements but doesn’t tread the neo-progressive road, Todd Grubbs is worth checking out.

Deus Ex Machina - De Republica – With their first two albums, Deus Ex Machina quickly established themselves as the darlings of the Italian prog scene, blending heavy rock and complex music in a most original way. Those two releases,...  (1995) » Read more