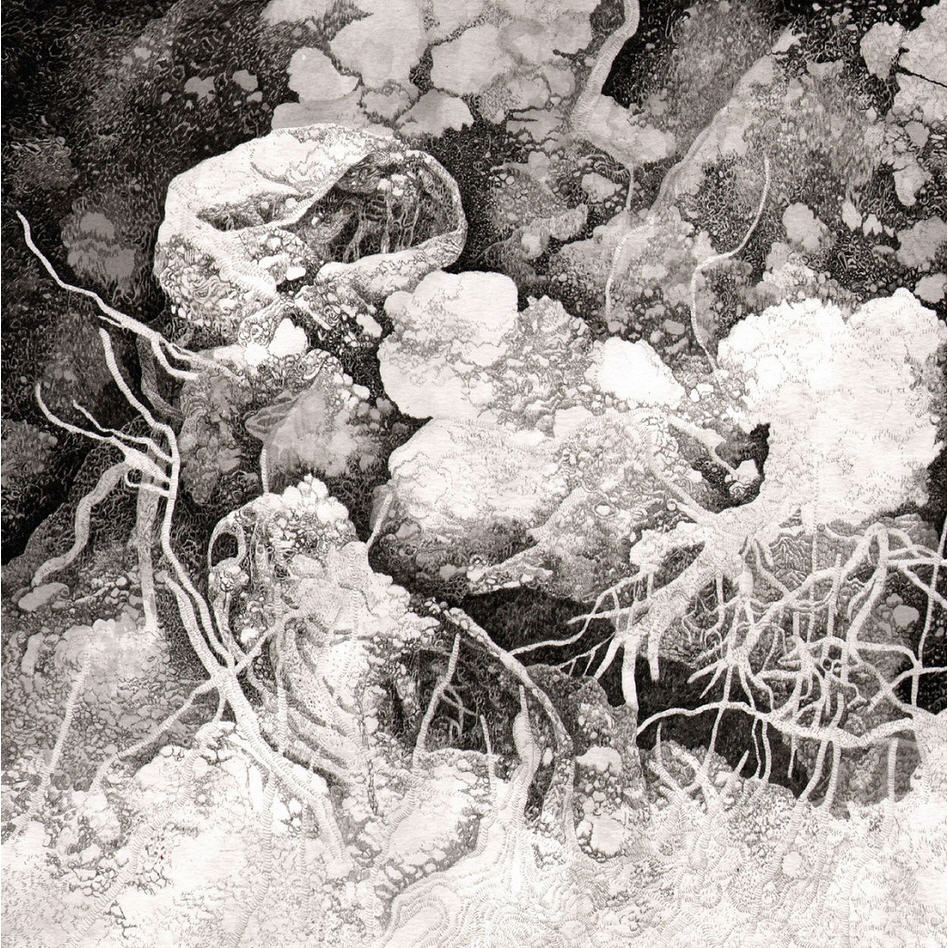 The title is a true statement, because TOC (keyboardist Jérémie Ternoy, drummer Peter Orins, and guitarist Ivann Cruz) is a conduit for free improvisation between the three members, so nothing is ever planned, nothing is ever repeated, every session is a new invention. Describing their sound can be a bit difficult though, the three players employ minimalism, disruption and total chaos to create a frenetic hypnotic sound that morphs continuously and tears through any recognizable genres with an abundance of free-wheeling pandemonium. At times it develops into an intense groove, shifting between light, dark, and tortured, sounds that seem to have no past or future and exist only in a present tense in a constantly changing musical universe, tethered only by whatever sounds the three can make with their instruments. One can expect anything to happen, and somewhere in these two side-long tracks (“The Last Hit” and “Ultimate Earworms” on side A and B respectively) it probably will, without any advance warning. The beginning of the latter track is a particularly dense hypnotic groove between piano and guitar distortions in extremis, with the drums just riffing underneath it all, but after a few minutes that begins to evolve and change into smething new. Each moment is a new adventure, pushing the limits in some new way while shedding previous ideas swiftly. If it sounds like I’m describing some kind of abrasive noise album, that’s not really the case at all. It is certainly busy and chaotic, but one can find a relaxing element within all of the grinding mania. Those who get the CD edition get a six-minute bonus track, “Lichen,” starting out with some gentle free-form textures, eventually finding a pulsating rhythm over which a hail of keyboard punctuations and swirling guitar electronics fill all the free spaces. Truly unclassifiable, but wonderful nonetheless.