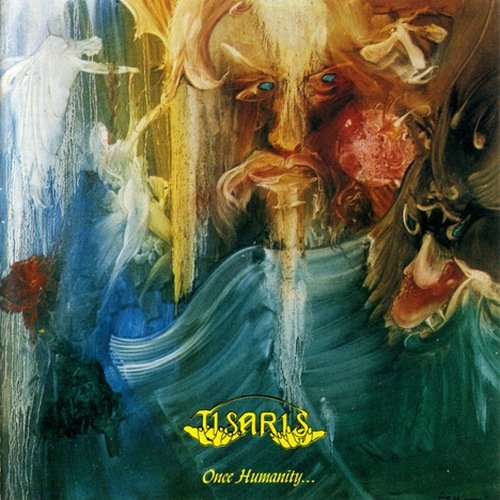 Tisaris' debut, What's Beyond? from 1992, showed them to be a very capable band, but for the most part playing an embarrassingly commercial type of sound, hardly worthy of being called progressive. This, their follow-up from early last year shows much progress on all fronts. Musically, they are solidly in the neo-progressive realm, yet (as opposed to most in that classification) their music shows much virtuosity; a five piece with dedicated singer, they are tight, well balanced, and in control, with well thought-out compositions and arrangements. Once Humanity... is a concept album dealing with creation and the rise of the human race, more or less in a biblical sense, as there are frequent references to the Revelation of St. John. Yet the English lyrics, for all their conceptual effort and ambition, seems at times banal and jejune. Add to that Andrei Vieira's voice, with whispered falsetto, spoken intros and pseudo-theatrical neo-isms, and we have a recipe for a near disaster. Only the music saves the day, and fortunately there are plenty of parts where the band has ample room to stretch out and show their better side, including five instrumental tunes. At over 70 minutes though, it's a long haul from beginning to end.

Jewlia Eisenberg - Trilectic – It’s probably stating the obvious to say that fans of Charming Hostess and (to some degree) Sleepytime Gorilla Museum are likely to enjoy this release as well. Eisenberg is one of the vocalists...  (2002) » Read more