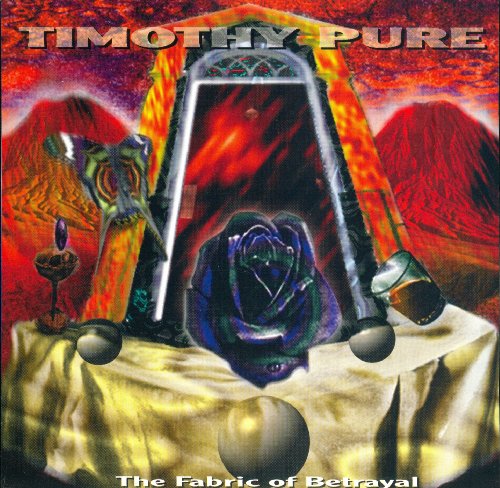 It's refreshing to hear new bands that sound like they've never heard a Marillion record in their life, in fact in the case of Atlanta's Timothy Pure, my impression is that they may be strangers to the entire post-progressive 'movement'. This is — at least from this writers point of view, a good thing, and gives them an entirely different character than most of the artists we typically deal with in Exposé. They are arguably are products of the modern alternative rock movement, who have stretched their musical limits well beyond the fashionable, approaching a sound that is indeed very progressive, even if it does remain basically song oriented. Beyond that, their instrumental breaks frequently explore the psychedelic territory of bands like Porcupine Tree. They are a five-piece of guitars, drums, bass, and keys, with dedicated lead vocalist Nick Savage, who delivers the lyrics with assertive determination, his sense of presence giving the band a fairly strong 'mainstream' appeal. Guitarist Randy Brown takes no prisoners with a no-nonsense style that drives hard yet soars high when the moment calls. Keyboards are primarily synths, adding an atmospheric quality to the mix; while the keys are not particularly prominent (not a lot of soloing and flash), they are probably responsible for much of the band's 'progressive' appeal. In summary, this is a band who could open doors in many directions, and show a lot of promise. Definitely worth checking out.