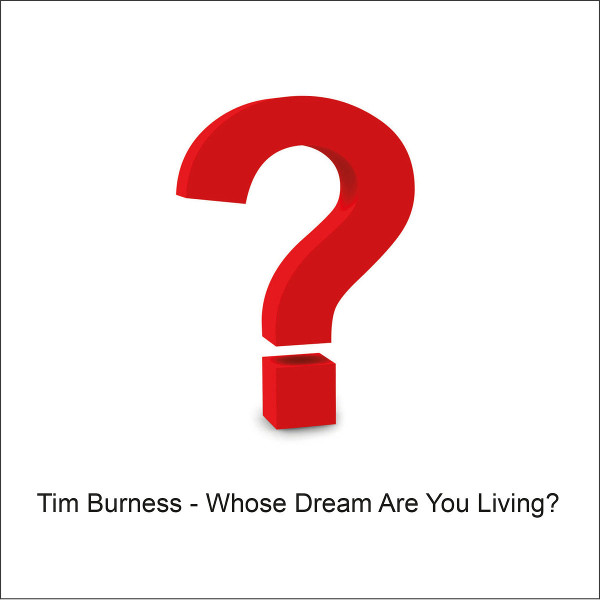 I was not sure what to expect from Whose Dream Are You Living? when I saw the minimal cover with a white background and a clip art question mark. I was afraid that this was going to be an amateurish release, both in quality and content. Boy was I wrong! Whose Dream Are You Living? is UK multi-instrumentalist Tim Burness’ seventh album and features a range of musical styles: neo-progressive rock, neo-psychedelic rock, ambient electronica, and a touch of jazz. And as it turns out Exposé reviewer Jeff Melton reviewed Tim’s fifth album Finding New Ways to Love in 2005. Tim is not a prolific composer, taking several years to record an album. In fact Whose Dream Are You Living? was first released on Bandcamp in 2015. Over the past two years Tim extended the album with three new songs and remixed the original tracks for a CD release in May 2017. The core band members for the last 12 years are still with Tim on his new album: drummer Fudge Smith (ex-Pendragon and ex-Steve Hackett), bassist Keith Hastings (Bamboleo), and keyboardist Monty Oxymoron (The Damned). And joining them are Lee Abraham (bass), Greg McKella (clarinet and synths), Nick Cooper (additional drums), Julian Tardo (bass, guitars, and programming), and Andrew Bradstreet (bodhran). Tim has flown under the prog radar, similar to compatriot Steve Thorne, and the music on this album reminds me a bit of Thorne in both composition and subject matter. I also detect some elements of Steve Hackett’s early solo work on “Round and Round,” Eloy on “The Messenger,” and Tim Blake on “A Space for Our Love to Grow.” The diversity of songs and styles is a testament to Tim’s maturity as a composer and musician. It is wonderful to listen to a new neo-prog album where the songs are neither academic exercises nor sound the same. So do not be put off by the cover, the album is well worth your time and sure to please all prog rock fans.