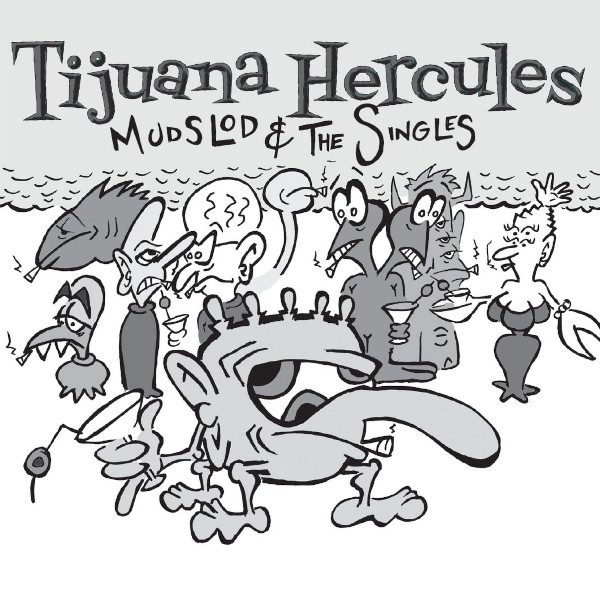 Tijuana Hercules is back with another installment of gritty blues run through the musical equivalent of a kaleidoscope. I’m tempted to say that the song “Delta Alien” sums it all up for this band, a kind of Delta Blues as interpreted by a band of aliens whose ideas of what music should be are very different from contemporary American standards. There’s an insistent bass line extracted from the intro of a rough blues song, percussion provided by sticks clacking on who-knows-what, slide guitar moaning and wailing inconsolably, and weird echoes that seem to be the product of an altered perception of time. Leader John Vernon Forbes assembled this album over a period of many years, so some of the material most likely predates the previous Hercules release — but that’s no matter. Forbes is joined by his core bandmates Joe Patt (drums, percussion), Doug Abram (sax), Mike Young (junk), Arman Mabry (bass), and Tony Mendoza (organ, percussion) along with a sizeable host of guests on vocals, drums, guitars, bass, lap steel guitar, organ, and harmonica, so I’m assuming personnel must vary widely from track to track, as most of the arrangements are on the sparse side. I can picture Forbes traveling around the country, playing solo shows and connecting with local musicians who join in when they feel the spirit move them. I can picture that, though I’m sure that’s not how it actually worked — I think most of the participants are Chicago associates of Forbes and other Skin Graft bands. Be that as it may, if you’re a music fan who’s convinced that The Blues exists only as a traditional form that is quite defined in sound and form, Tijuana Hercules is here to convince you that there can be such a thing as “experimental blues” or “avant-blues.” It can also be seen as a modern successor of Captain Beefheart’s twisted take on American music. Can little green men sing the blues? Decide for yourself.